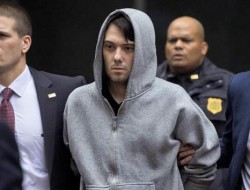 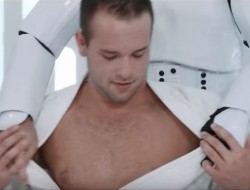 Fuck the Food and Drug Administration.

The FDA announced today that they are “relaxing” the ban on blood donations from “men who have sex with men” which was instituted during the original wave of the AIDS crisis in 1983 to prevent the general population from receiving blood transfusions that could be infected with HIV that causes AIDS. LGBT advocates have argued for years for the ban to be lifted and to allow gay and bisexual men to once again donate blood if they have been pre-screened for HIV.

The FDA has now relaxed the ban by now allowing men who have sex with men to once again donate blood…provided the men have NOT had sexual contact with other men for at least one year. Which is essentially meaningless because how many people are going to abstain from sex for a year solely in order to donate blood? Basically, the FDA is (still) saying “stop having filthy disgusting faggot sex and you can once again be a responsible citizen and do your civic duty and give blood!”

While inane media outlets inaccurately proclaim “FDA ends ban”, queer activists are denouncing the announcement as ineffective and stigmatizing for gay and bisexual men. They argue that many gay/bi men, especially ones in monogamous relationships, could be pre-screened for HIV and given the ok to donate. It’s also been pointed out that men who don’t necessarily identify as gay or bisexual but do have sex with other men, have certainly slipped thorough the blood donation system for years without being identified or stigmatized and without any known instances of HIV infected blood being passed along to the population.

And, the queer community speaks out about the decision.

“(This) perpetuates the stigma that HIV is a gay disease,” says Kelsey Louie, from NYC’s Gay Men’s Health Crisis.

Others are praising the new compromise:

“The gay community and many people view blood donation as a civil right. And I don’t think it is,” says Dr. Kenrad Nelson, a professor of epidemiology at Johns Hopkins Bloomberg School of Public Health who advised the FDA about the policy.

Nelson points out he can’t donate blood for a year after he returns from countries where he might have gotten infected with malaria.

Dr. Nelson is an idiot.

He’s trying to compare a visit to Botswana with making love to your legally wed same sex spouse of a dozen monogamous years.

It’s not the same thing.

The FDA is basically asking gay men to DENY their sexuality. They would never, ever, in a million years release a report asking straight people to do the same.

This decision is NOT a victory for gay rights.

It’s an affront and an abomination.