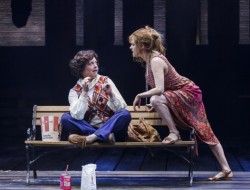 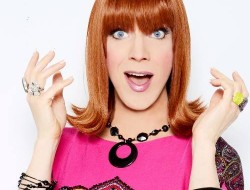 March 5, 2016 Comments Off on Some Lovely Photos Cap Off A Wave Of Success For Mama & The Mimosas Troupe Views: 2844 *Dragolicious, *The Strangeways Report, Arts & Entertainment, Cabaret, Drag, Seattle Drag, Some Lovely Photos Seattle’s best drag troupe is having a fantastic 2016.

Mama Tits and her “Mimosas with Mama” drag family of stars have been consistently winning the love of Seattle drag fans over the course of the last 3 years with their bedazzled drag brunch that originated at the old Grill on Broadway before its failure, and now at its current home at The Unicorn on Pike Street. The polished Sunday afternoon show is half traditional drag variety show for the first half, followed by a parody, mini-musical for the second half featuring cleverly edited down versions of beloved Broadway musicals that are then lip synced by the cast. Wicked, Mamma Mia, 9 to 5, Little Shop of Horrors and their currently running 30 minute-ish version of Hairspray have delighted audiences at The Unicorn but now they’ve expanded their horizons…

While the end of 2015 was a bit rocky for the show (an old cast member abruptly quit the show, leaving them in the lurch and taking most of the lighting equipment with them), the troupe quickly rebounded with an exciting new young performer (the ridiculously adorable Sparkle Leigh) and a second consecutive win as “Best Theatre Group” from KING 5/Evening Magazine’s “Best of Western Washington” competition, then had the joy of getting their first big show outside the world of “barroom drag cabaret”. In February, the troupe sold out their “Mayhem with Mama” show at Seattle’s best cabaret venue, downtown’s Triple Door theater. John Huddlestun snaps a selfie with Isabella Extynn, Ruby Bouché and Tipsy Rose Lee after the Mimosas with Mama show on Sunday, Feb. 28, 2016, at The Unicorn in Capitol Hill. Photo: GENNA MARTIN, SEATTLEPI.COM

“Mayhem with Mama” is their full length stage show that consists of three of their hit musical parodies…abbreviated versions of their previous hits, Mamma Mia, Hairspray and Little Shop condensed down into a two hour long show. The Triple Door was ostensibly their warm up performance for their currently happening international tour…the “Mimosas” gang is in Puerto Vallarta, Mexico for the entire month of March (2016) doing “Mayhem” at Act II Stages  in the heart of old Puerto Vallarta. Drag fans in PV for the month, can catch them on Thursday, Friday or Saturday nights at 10 pm. Grab tickets HERE to see this show (or, any of the fabulous shows at Act II!)

If you can’t quite swing a trip to PV, you can catch the Mimosas/Mayhem gang back at The Unicorn on Sunday, April 3. Grab tickets to the Sunday brunch (and the current mini-musical of “Hairspray”) here. Mama Tits is in the pink for 2016 with her hit show “Mimosas/Mayhem with Mama” currently on tour in Puerto Vallarta, Mexico.
Photo: GENNA MARTIN, SEATTLEPI.COM

To help tide you over until they return, go check out these gorgeous photos taken by Genna Martin for the Seattle PI website. Genna was there snapping photos on the Sunday before the troupe left for Mexico.