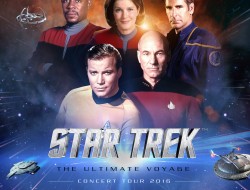 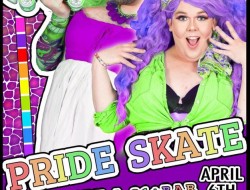 Hump Day Stuff To Do #1: Go “Cruising” With Your Gay Uncle William Friedkin’s 1980 gay s&m thriller “Cruising” divided audiences then (and now) but many also herald it as a flawed classic thriller.

Cruising, the William Friedkin directed, Al Pacino starring 1980 thriller about an undercover cop investigating a string of murders in the gay s&m community in New York City was a controversial and divisive film back in its day. While it filmed, it faced on set protests from the LGBT community for being insensitive and inflammatory and was boycotted by many members of the queer community upon release. But, the film, flawed though it is, also has its fans who appreciate its moody mise-en-scène and it’s tantalizing story which ends the film on an ambiguous note as to the nature of Pacino’s role in the mystery. And, the film even has a large number of gay fans, even in the leather/s&m community who acknowledge that some of the perceived “slights” in the film are actually just realistic portrayals of some of the less than savory sides of that lifestyle.

The film, which due to the protests and a nervous studio and director, was ultimately edited down to please audiences (which also diluted the intended impact of the story) and much of that cut footage was subsequently lost. “I’m not gay, I just REALLY enjoy EVERY aspect of homosexuality except allegedly having a penis in my body” actor/writer/artist/filmmaker/professional gadfly JAMES FRANCO even co-created a dreadful homage to that missing Cruising footage a few years back with his indy made Interior. Leather Bar, where he and co-director Travis Matthews tried to replicate that lost footage. It was a dreadful circle jerk of a film.

Jeffrey Robert’s “Gay Uncle Time” his monthly cabaret  and “Celebration of Pop, Camp, Gay, Underground and Trash Culture of the 60’s & 70’s and BEYOND” returns Wednesday, April 6 with this seminal film as its monthly theme. It’s a’happenin’ down at The Jewel Box Theater at The Rendezvous, 2322 2nd Avenue in lovely and mostly gentrified Belltown! Due to the odd way they schedule booking slots at The Jewel Box, the doors are at 6:30pm with the show starting at 7pm…It’s only $6 and 21+

MO’ poo about this month’s show!

Come step across the protest lines and climb deep into the kinky leather world of the late 70’s where a mad killer found his prey. Was it a reflection of a time and place, or was it another demonization attempt of the gay community. Or could it be BOTH! You may be tied up in knots trying to figure it out, but I’ll be your guide to help you along the way. You can spank me, I mean thank me, later.

Our Fabulous Special Guests for this show will include Max Cameron, Gene Romaine, Harlen Munsö and musician Chris Schanz. With a special cameo appearance by The Cruising Hunks – Jason Farmer, and in double roles Chris Schanz and Harlen Munsö.

And a special set by our Door Diva Jamie Guerriero!

You can’t BEAT this one for a delightful evening of entertainment. All for SIX CHEAP BUCKS. Doors at 6:30 PM, Show PROMPTLY at 7:00 PM. Art work for sale after the show.