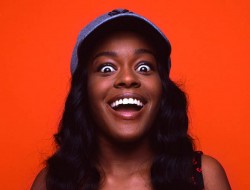 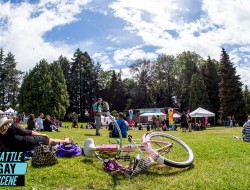 “I Am Cait” Star Chandi Moore Talks To Kendall About Her Seattle PrideFest Visit…And, More! Transgender community leader/educator CHANDI MOORE is a co-star on “I Am Cait” and she’s coming to Seattle PrideFest on Sunday, June 26, 2016!

It’s that time of year again and we’re busy at work on Seattle PrideFest.  As has become something of an annual tradition here, I am conducting three interviews for Seattle Gay Scene on artists we plan to feature at the festival this year.  In this edition, I feature my conversation with the incredible Chandi Moore, one of the really stellar trans ladies featured on “I AM CAIT”.

Now before you go off railing on Ms. Jenner, I would like to point out that Chandi Moore is not Caitlyn Jenner.  I would also like to make sure you realize that this article is about Chandi, not Caitlyn.  I say this because the response (and understandably so), towards Caitlyn based on certain views (or lack thereof) she has expressed toward the L and the G of the BTQIA community are less than flattering, and admittedly, have not been well received.  In fact, the outpouring of support that came to her from the community has soured a bit since she “came out”.  Her verbal support of Ted Cruz in the Republican Primary was also, eh hem, shocking (but also not).  Again, NONE of that is Chandi. In fact, Chandi is one of the trans gals on the show who, in my opinion, the show is REALLY about if you are paying any attention at all.  As a dear friend of mine once said, Caitlyn is the girl who brought you to the party, you end up leaving with the interesting ones.

To me, all the girls in the show are stars.  But it’s Chandi and Candis that have moved me the most.  I honestly can’t explain it, but it just seems like they go out of their way to help others, accept and understand others, are so well spoken, and frankly, I bet they’d be most fun at a slumber party!

LAK:     You have been called a breakout star from “I AM CAIT”.  I think it’s because you are a calm voice of reason navigating a situation that can be challenging.  What do you attribute that to?

CM:    I attribute it to the struggles I’ve been through in my transition along with having a great support network.

LAK:    When I speak to others who watch the show, you and Candis Cayne are the ones that come up the most.  I think the whole LGBT community is grateful to you for, well, for not forgetting that we are the LGBTQIA community.  We are fighting this fight together and because of our numbers we will be stronger.  Why do you think that the two of you have made such an impression on viewers of the show and media in general?

CM:    I feel like our struggles are something that viewers relate to. All the girls have been on a journey to get where we are today but it’s something about seeing themselves in what Candis and I have been through that might make that more realistic to them.

LAK:    What is it like living your authentic self in such a public way?  Did you know all the gals on the show before you started filming, or have you developed relationships since?

CM:    Being able to live life as my authentic self is such an amazing feeling each day.  It’s such a great thing walking into the office each day hearing my clients call me Chandi. The only gal I had a connection to before the mixer was Drian Juarez. All the other ladies I met at the mixer and we’ve all bonded in sisterhood from that up until now. Our love is completely genuine.

LAK:    …and that love is absolutely clear to those watching! Outside of the show, you have a whole fabulous life that you live out loud.  Tell me about “Trans Girls in Action Divas”.

CM:    Transgiadivas was a group of African American Trans Girls that are still currently working in our community to make a difference among our target populations through testing and support. The real stars of “I Am Cait” : Chandi Moore & Candis Cayne. BOTH women are heading to Seattle for PrideFest on June 26th at Seattle Center.

LAK:    You are also an educator for your day job, correct?  When I learned that, I was like “girl has time for a day job?!”  Tell me what that is like for you, how you came to that, and how that connects with being trans, if it does at all.

CM:    I’m a Health Educator for CHLA. I do HIV Testing, Counseling and facilitate groups for our program called BLUSH. I work with trans and gender non conforming youth ages 12-24. It’s a great feeling to know that I’m impacting the lives of our youth with my encouraging and sometimes blunt perspectives on life. It’s quite important to me to do this work so that I continue to promote the hope of what they too could achieve when they follow there dreams.

LAK:    I think I would be living for one of those sometimes blunt perspectives on life!  Let’s turn to politics for a second.  In a not so distant memory, there was a vast swath of the American Political Landscape that was doing everything they could to block Same Sex Marriage from gaining a foot hold.  Gobs of money being poured in to fight movements, anti-queer legislation being snuck into bills in the middle of the night, among many other egregious things.  Not that I am trying to compare the two situations at all, but it seems to me that they lost at the Supreme on that one. Had some secret meeting with really great booze and food and really evil people, regrouped, and decided that going after this Transgender bathroom issue is the next great frontier in suppressing LGBTQIA rights and imposing dehumanizing laws against us all.  What are your thoughts on this issue?  How do you feel about what Loretta Lynch had to say when she came out and made her speech?

CM:    I think that people are just being too much with this issue.  Nobody has time to be focusing on this stuff when you’re just trying to use the bathroom. Trans people have been using these same restrooms for decades and will continue. Loretta Lynch said so many amazing things to affirm our community and we love her for that.

LAK:    It was pretty amazing to see an major player in an administration come out so strong like that.  Made me proud!  I was pretty touched by the video you did with Caitlyn Jenner for Transgender Day of Remembrance.  How did that come about?  I would love to see more of you out there speaking for the Trans community.   For the LGBT community as a whole.  You have a voice that is important and a vibe that is comforting but firm.  So, thank you for continuing to put yourself out there.

CM:    Awww thanks so much. I plan on doing more things like that. That was all Cait’s doing. I was just glad to be a part of it.

LAK:    Now we get to the fluff, girl.  So it’s no secret that I basically stalked you to get you to Seattle via my wife and some social media trickery – and now one of my favorite people handles your bookings.  Are you excited about coming out to Seattle and celebrating our 10th annual PrideFest with us?

CM:    You are just too sweet. Yes,  thank you and thanks to Candis  for getting me connected to such an amazing person for bookings because I’m ready to get out there more. I’m super hyped about coming to Seattle because it’s somewhere I’ve never visited and I love that we will be celebrating pride with such an awesome community.

LAK:    Oh girl, we can’t wait to have you!  What are you looking forward to in this trip to Seattle?

LAK:    We must finish on a serious note.  As a community leader, as a powerful voice, what advice would you give queer youth coming up in the next 10 years to get them through their struggles, to help them to understand that things can be hard, but magic can happen after you walk through all of that.  What are Chandi’s words of wisdom?

CM:    Chandi’s words would be to hang in there. Keep standing up for what you believe in. Don’t forget about the folks who have been doing the work before you. Listen to what’s been said, and grow from that. Most of all never let anyone steal your joy. They didn’t give it to you so they can’t take it away and “Get Your Life” is what I would say.

LAK:    Thanks for taking the time to sit down and Q & A with me, lady!  Make sure you save a hug and a smile for me when I see you in the photo booth at PrideFest!  My one wish this year is for a Candis/Chandi sandwich picture.

Meet Chandi Moore after her appearance at the Fountain Stage VIP!  Tickets for that can be purchased at: http://www.strangertickets.com/events/33826791/backstage-vip-pridefest-2016-at-seattle-center

2 Responses to “I Am Cait” Star Chandi Moore Talks To Kendall About Her Seattle PrideFest Visit…And, More!