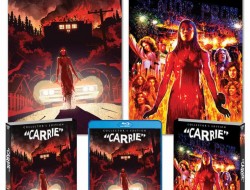 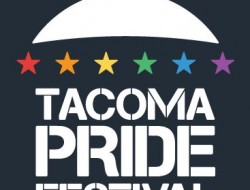 The cast of “The Real World Seattle 2” celebrate their destructive reign of terror.

Hours after arriving in Seattle for the filming of the second installment of MTV’s “The Real World: Seattle”, the new cast quickly proved themselves to be as evil and awful as feared by local critics of the 24 year old reality series.  Cast members were quickly spotted drinking white zinfandel from a box as well as using umbrellas during a brief rain shower.

Later, as part of this season’s “Cast Project” they bought a beloved local dive bar, ripped out the performance area, remodeled the bathrooms with fashionable marble bowl style “vessel” sinks and hardware too low to the basin to permit easy washing of the hands and added “Fried Milky Way Bars” to the new hipsterfied menu. The Fried Milky Way Bars are gluten-free, organic and cost $15 a piece. I hate these fucking things.

It’s also rumored that this season’s cast will buy beloved local gay bath house “CLUB Z” and turn it into an upscale boutique/gastro pub/inn/pachinko museum. It will be renamed “The Seamen’s Ball” and feature design work from local artists. Artisanal “Toast” will be heavily featured on the menu but will tend to be served under toasted.

Tipping will not be allowed in any of the “Real World” businesses much to the chagrin of surly wait staff.

Meanwhile, through careful thorough reporting, the names/ages/hometowns of this cast of assholes were discovered by digging through a dumpster outside their home base shooting location on 12th Avenue on Capitol Hill:

After several local media outlets ran articles disparaging the arrival of “The Real World” to Seattle, MTV encouraged the cast to seek revenge by staging raids on the offices of The Stranger, City Arts and The Seattle Weekly. Stranger writer Rick Jones was captured by the rampaging cast while he photographed a roll of wet paper towels for his ongoing series, “Wet Paper Products of Seattle”. Despite his cries of “I’m one of YOU!!!” he was immediately extradited to New York where he got a far better job.

But, the cast was unlucky with their revenge minded visits to City Arts and The Weekly. The City Arts team was off on a luxury cruise enjoying all the money they earned off the “Official Seattle Pride Guide!” and the offices for The Seattle Weekly appeared to be abandoned and deserted.

All this poor behavior seems to indicate local naysayers were correct. Since it was announced that MTV and Bunim-Murray Productions would be returning to film another season of “The Real World” in Seattle 18 years after they last filmed here, area critics of the show have prophesied that the cast would bring doom to the streets of Seattle, and especially the trendier sections of popular night life hub, Capitol Hill which has undergone massive amounts of gentrification in recent years and a steady rise in housing prices. The show, which centers on 7 to 8 young strangers from various ethnic/economic/social backgrounds who live together in luxury housing while cameras record their every drunken, hormone secreted move 24 hours a day, has been criticized for encouraging bad behavior of its participants and for serving as a poor role model for young adults. “The Real World” frequently showcases 21 to 26 year old young adults enjoying alcohol,  attracting nubile sex partners, and generally having a good time while pursuing goals that include getting a high paying job with great “bennies” and an awesome apartment with all the amenities.

Critics charge that their behavior sets a bad example for the thousands of 21 to 26 year old young adults who enjoy alcohol while seeking nubile sex partners, and generally having a good time while pursuing goals that include getting a high paying job with great “bennies” and an awesome apartment with all the amenities, who swarm to Capitol Hill night spots every weekend.

Several Capitol Hill business owners have refused to permit cameras to film inside their businesses citing MTV’s history of bad programming decisions (“They shouldn’t have canceled “The Hills”…I miss Speidi!”) and refusal to pay owners for filming rights. Others sniff that allowing “those kinds of people” into their venues would deter all the hard working artists/musicians/thinkers from coming in and buying $15 hand crafted cocktails and artisanal platters of free range cheeses. When it was pointed out to one local business owner that hard working artists/musicians/thinkers have mostly been forced off the Hill due to gentrification and can’t afford to buy $15 hand crafted cocktails and artisanal platters of free range cheeses, the business person shrugged and commented:

Meanwhile, the citizens of Seattle cower in fear and terror as this menace ravages our Hill, our City and our Right to be Gentrified.