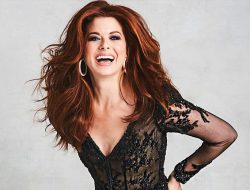 We’re used to Seattle actor worming his way into our hearts and minds with his hilarious performances in a huge variety of Seattle area shows over the years, most of them of the fringe/off off off Broadway persuasion. While Mr. Shoemaker is fully capable of doing Shakespeare in the Park and Chekhov and we’d kill to see his Blanche Devereaux  in “A Streetcar Named Desire”, you have a lot more creativity options and fun in crazy fringe world. We have all seen him do everything from Prince in “Purple Rain” to stealing the show in various drag/burlesque shows and his own award winning turn as Ms Pak-Man in a series of cabaret shows he has done all over the place the last few years (note to producers in other cities: book his Ms Pak-Man show!!!) and now Mr. Shoemaker and his significant other in life/creativity Freddy Molitch have created a brand new show called…

They’re billing it as a ” A paranormal cabaret” and for once, it appears Scott will NOT be in drag for this show but since we know they’re doing video pieces for it, who knows how many characters he’ll end up playing? He has a lot of voices in his head…

(ADDED: Oh, we just saw a photo of one of the characters, so yes, drag will be seen…)

It’s only happening for TWO nights, August 23rd and 24th at their usual haunt, Re-Bar Place. (Though they’re doing TWO performances each night, one at 7pm and one at 9pm). More info down below and get tickets HERE!

Also note that Mr. Molitch, aka “DJ Freddy, King of Pants” will present dance events after each show!

All these naughty shows/events are in a BAR, so it’s 21+ and Re-Bar is still scared of Credit Cards so bring dat cash!!!

We’re hoping this show is a success and they do a sequel called, “Tongued”.

$30 General Admission at the Door

Shoes and Pants Productions (the creators of the Ms. Pak-Man series and “Scott Shoemaker’s War on Christmas”) presents “Scott Shoemaker’s: Probed!” an all-new supernatural comedy cabaret—emphasis on the super! Watch Scott deeply probe the depths of the UFO phenomena and find out just how extra extra-terrestrials can be. Inspired by paranormal television shows like “In Search Of,” “Unsolved Mysteries,” and “Ancient Aliens,” :Probed is a night of comedy, songs and amazing video that will convince you that the truth is WAY out there.

Praise and Awards for Shoes and Pants Productions:

“Scott Shoemaker’s War on Christmas might have been the most fun I’ve ever had at a show to date.”–Proud Times Magazine

Best of 2017 Footlight Awards (Ms. Pak-Man: On My Last Heart) – The Seattle Times