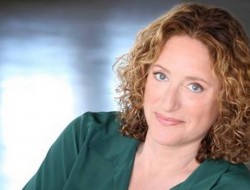 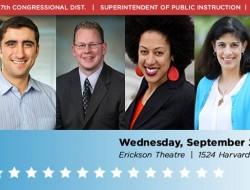 Pramila’s In DC But Brady And Tina Confirm They’re... “Faggots in the Stacks” is a new book group started by community activist Tony Radovich and author/activist Mattilda Bernstein Sycamore. They’re billing it as as “an informal book discussion group for faggots who like to read. Let’s imagine our past, present, and future together by exploring the wildness of books. Bring your wisdom, your curiosity, and your sass. And, don’t forget to read the book beforehand!”

They’re meeting for the VERY first time this Tuesday, September 20, 2016 at 6 pm at the Capitol Hill branch of the Seattle Public Library (on Harvard behind Broadway Market). Their first book to be discussed: the seminal An Evening at The Garden Of Allah by Don Paulson and Roger Simpson, a fantastically researched and illustrated look at one of the first gay owned night clubs in the country, Seattle’s own The Garden of Allah the bar and cabaret space located in the basement level of the old Arlington Hotel on First Avenue and University. Today, it’s the site of Harbor Steps, an upscaley touristy destination filled with pricey condos, shops and restaurants. But, from the mid 40s to the mid 50s it was a hotspot for Seattle’s gay community and the premium performance home for live entertainment mostly performed by local as well as national drag performers.

Don Paulson was able to interview dozens of performers as well as patrons of the “Allah” as he spent years researching the book prior to its publication in 1996. If the performers had already “left this mortal coil” he spoke to friends and family members. As a result, “Allah” paints a fascinating portrait of not only a long ago time and place but specifically the culture of drag performance artists including headliner Jackie Starr (featured on the cover of the book), as well as “The Park Avenue Hillbilly”, Billy deVoe and the vulgar, “garbage mouthed” antics of the big boned diva, Hocha Hinton who came from a circus background and frequently performed with live snakes.

If you’re familiar with contemporary drag culture, it’s easy to compare the different eras and realize that from a social dynamic, not much has changed… There was a hierarchy to drag culture then, just like there is now. And, the relationships and rivalries and “drag drama” of today were just as prevalent in 1956 as they are in 2016.

If you own the book or have read it, then check out this discussion group. If you don’t own the book, you’re strongly urged to buy or check out a copy from a library. It’s fascinating reading. More on the “Faggots in the Stacks” discussion:

Our first book will be An Evening at The Garden Of Allah.
In spite of the efforts of moral crusaders, Seattle after World War II was a hotspot for dive bars, crooked cops, sex workers, drag queens, drag kings, and all sorts of prima donnas. But not all welcomed these nighttime denizens—if you were seen entering The Garden of Allah, a gay-owned cabaret, your reputation was effectively shot. Don Paulson’s intensively-researched book, An Evening at The Garden Of Allah (written with Roger Simpson), comes to life through interviews with the people who performed at “The Garden,” shining a spotlight on one of our city’s most outrageous destinations in the decade after World War II.

This event is not officially sponsored or endorsed by the Seattle Public Library, because otherwise some faggots might get offended.

We’ll be in the Community Room upstairs. A finale of a show at Seattle’s The Garden of Allah drag cabaret venue mid 20th century.

Tags: An Evening at the Garden of Allah, Don Paulson, Faggots in the Stacks, Mattilda Bernstein Sycamore, Seattle Queer Books