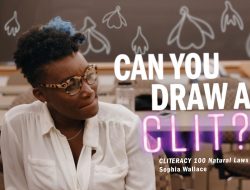 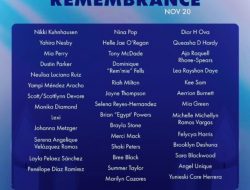 It’s tough to promote your work in the Covid Age…no more in person appearances to connect with your audience showcasing your artistic and intellectual endeavors.

Someone who has had to deal with this exact same problem is Seattle area writer/editor/activist MATTILDA BERNSTEIN SYCAMORE who has a new book out this month, THE FREEZER DOOR. It’s another memoir from Sycamore who has showcased her life in other works including 2013’s The End Of San Francisco which details her days living in that city and her decision to leave it as it under went drastic gentrification.

The Freezer Door essentially picks up where that book ends with Sycamore in Seattle, specifically on Capitol Hill, the city’s traditional LGBTQ neighborhood and dealing with the exact same issues that San Francisco had been dealing with: the gentrification of the city and the changing personality of the gay community and how both those things intertwine with one another.

The book has already earned early praise from the Seattle Times and Oprah Magazine which called it an “underline-every-sentence compendium of queer desire“.

Mattilda Bernstein Sycamore will promote her new work, out on November 24th from Semiotext(e) / Native Agents with a nationwide virtual book tour and reading event series which kicks off and ends in Seattle. Fans of the writer can enjoy a reading event on Thursday, November 19th at 7pm via Seattle’s Hugo House in a conversation between the author and memoirist Elissa Washuta, author of White Magic and My Body Is a Book of Rules. Go HERE to snag free tickets.

The author will then proceed on an around the country tour from the safety of her home with digital stops from everywhere from NYC to San Francisco (but, ones everyone can enjoy thanks to the glories of the world wide web…) before wrapping up the tour in January with an appearance via Seattle’s own Third Place Books. And, Sycamore has stated on her social media she will read different selections from the book for each reading she does on the tour so you’ll never hear the same reading twice!

If you’d like, you can order THE FREEZER DOOR from one of my event partners—Elliott Bay Book Company, McNally Jackson Books, Skylight Books, Women & Children First, BookPeople, Harvard Book Store, or your local independent bookstore via Indiebound

Full book tour details below… And, feel free to check in on my website for new event details and invites as soon as they emerge!