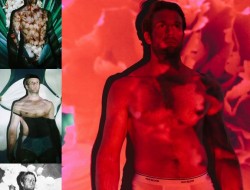 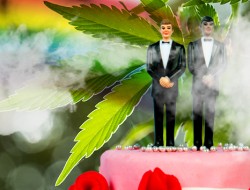 Hillary Clinton and Jill Stein both schedule Seattle visits in October while on the 2016 presidential campaign trail.

Two bits of local campaigning news to process as we digest last night’s 2nd 2016 Presidential Debate between Hillary Clinton and The Orange One.

Word on the street is, a few more $250 and $500 tickets for the Hillary Clinton Fundraiser/Rally at Seattle’s Paramount Theatre will be released some time today. The event is this coming Friday, October 14th and Seattle resident star/musicians Macklemore & Ryan Lewis are scheduled to be special guests. There still isn’t a confirmed time on the event; it’s just TBD Friday afternoon. Check their webpage on updates if they actually do add more of the lower priced tickets.

WE won’t be at the rally because we’ve been told “No press access”.

Meanwhile, the Green Party candidate/potential spoiler, Dr. Jill Stein is also bopping into the Emerald City for a rally…on Monday, October 24th from 7 pm to 9 pm at the University of Washington’s Kane Hall. Unlike the Clinton event, it’s free. And, in “Room 130” of Kane Hall so despite the freeness of the event, apparently they’re not expecting a crowd…

Dr. Jill will be joined by Seattle City Councilmember Kshama Sawant and other guests.

Stand Up Seattle! Join us for an evening with Presidential candidate Jill Stein! Stein’s message inspires courage, enfranchisement, empowerment and builds the movement from the ballot box to the streets and back again!

This event will be at the Kane Hall Auditorium – Room 130 – on the UW campus. FREE admission!

Share far and wide! This is Jill Stein’s only live speaking engagement in Seattle! Let’s get thousands pumped!

If you are already familiar with Dr Jill Stein then you know she is the best candidate to be the next President of the United States. If you aren’t familiar with her then you definitely want this incredible opportunity to hear her speak before you cast your vote!

With Jill Stein, we can keep the revolution alive and rebuild our country!
• A Green New Deal to create amazing new jobs in the US while combating global warming with
• $15 minimum wage
• Free college
• Forgive all student debt
• Stop the TPP
• Reform the prison industrial complex
• Hold the police accountable and stop the needless, shootings of African Americans
• legalize marijuana nationally
• End the wars in the Middle East saving millions of lives and billions of dollars..
• Reform our broken health system with single payer that covers everyone.
* Renter’s rights: rent control stops gouging. End no-cause evictions.

Join us on October 24 for the rally of a lifetime!

We love all those planks in Dr. Jill and the Green Party’s platform (uh, the same as the ones in Bernie Sander’s presidential platform from his now ended presidential campaign….) and we support voting Green for local elections (city/county councils and school boards and state house seats) and U.S. Congressional seats…but not for president. Dr. Stein can’t win and even if by some odd and very unlikely chance she did, how would she govern without a coalition?

Still….supporting Green causes and trying to get those progressive planks into the boring old conservative Dem’s creaky old platform is a good thing. And, building an actual Green base by electing folks like Kshama Sawant is an even better one.

And, we enjoy pointing out that of the 4 “main” presidential candidates: Ms Clinton, Dr. Stein, Donald J. Trump and Libertarian Party candidate Gary Johnson, the two worth paying ANY attention to, are the intelligent women in the pantsuits.

You can ignore The Orange One and Captain Aleppo.