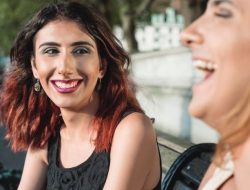 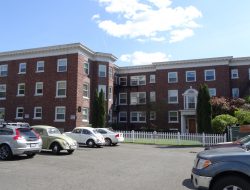 Bernie Sanders Introduces Medicare For All Bill In US Senate While Republicans, Donald J. Trump and his illegitimate administrations continue attempts to cripple/kill affordable healthcare options for US citizens, Senator Bernie Sanders and other US Senators insist now is the time to provide affordable healthcare for every single person in our country. Other supporters of the bill include Sen. Cory Booker of New Jersey, Sen. Elizabeth Warren of Massachusetts and Sen. Kirsten Gillibrand of New York.

So far, Washington State’s two Democratic Senators, Maria Cantwell and Patty Murray have NOT signed onto the bill which is gaining popularity across the country. The Stranger lays out Cantwell and Murray’s positions which seem to be overly wimpy and cautious; Murray is working with Republicans on a healthcare overhaul.

Any overhaul involving Republicans is not going to result in UNIVERSAL healthcare for everyone. We’re calling on all supporters for universal healthcare and Medicare for all to give Patty and Maria a call to let them know they need to get behind this bill.

(Also: Isn’t it time for both of them to retire?)

Today is an historic day. Along with 15 co-sponsors, I’m proud to be introducing Medicare-for-all, single-payer health care legislation in the U.S. Senate.

Today we begin the struggle to transform our dysfunctional health care system and make health care in the United States a right, not a privilege.

The insurance companies, the drug companies and Wall Street won’t like this legislation. They will try to make words like “NATIONAL HEALTH CARE” sound scary. They will spend huge amounts of money in lobbying and campaign contributions to defeat this legislation and maintain a system in which they make hundreds of billions a year in profit, while ordinary people suffer.

Enough is enough! Now is the time for us to take them on, join every other industrialized country on earth, and guarantee quality health care to every man, woman and child in our country.

The American people are with us on this issue. They understand that it is absurd that we spend almost twice as much per capita on health care as any other country and that we pay, by far, the highest prices in the world for prescription drugs. They also know that we already have a very popular and effective single-payer system in this country. It’s called Medicare, and it has succeeded in providing near-universal coverage to Americans over the age of 65. It is time to expand Medicare to all.

Let’s be honest. Taking on the medical-industrial-complex won’t be easy. These powerful special interests have unlimited sums of money to spend against us, and will have the support of much of the corporate media and the many politicians they helped elect.

The truth is that the only way we will successfully transform our health care system is when we transform our political system. The two struggles go together.

We will succeed when we involve millions of people in unprecedented political activity who are prepared to stand up and fight for a government that represents all of us, not just greedy powerful corporate interests. In other words, we need a political revolution in this country.

Please add your name as a citizen co-sponsor of my Medicare-for-all, single-payer health care bill. Let’s make it clear that we’re in this together and that you will help us educate and organize at the grass-roots level. That’s how we win.

Medicare-for-all means that Americans will no longer hesitate about going to the doctor because they can’t afford the cost. It will mean that a hospital stay will not bankrupt us or leave us deeply in debt.

The transition to the Medicare for All program would take place over four years. In the first year, benefits to older people would be expanded to include dental care, vision coverage and hearing aids, and the eligibility age for Medicare would be lowered to 55. All children under the age of 18 would also be covered. In the second year, the eligibility age would be lowered to 45 and in the third year to 35. By the fourth year, every man, woman and child in the country would be covered by Medicare for All.

Needless to say, there will be huge opposition to this legislation from the powerful special interests that profit from the current wasteful system. The insurance companies, the drug companies and Wall Street will undoubtedly devote a lot of money to lobbying, campaign contributions and television ads to defeat this proposal. But they are on the wrong side of history.

At a time when we have hundreds of separate individual health care plans a Medicare-for-all, single-payer health care system would save many billions a year in administrative costs. It would allow our businesses to be able to better compete against companies around the world who don’t have to worry about the cost of providing health care to their employees. It would mean that workers will no longer have to stay in jobs they dislike, simply because they receive decent health care benefits.

The time is now to address one of the great crises our nation faces. It is not acceptable that 28 million Americans have no health insurance and that even more are under-insured with high co-payments and deductibles. The time is now for a Medicare-for-All, single-payer system. Health care must be a right, not a privilege.

Please add your name as a citizen co-sponsor of my Medicare-for-all, single-payer health care bill.