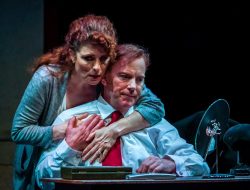 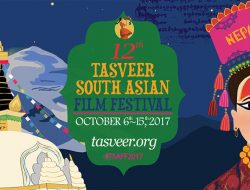 Sveva Alviti as Dalida, the French made biopic by Lisa Azuelos makes its Seattle premiere at SIFF at The Uptown for the 2017 “French Cinema Now” Festival

I want to start this film comment with complete candor: To my shame, I had no idea who the international superstar singer Dalida was before I discovered the movie that bears her name.

I had no idea that she sold over 170 million records; or that she was revered in much of the world outside of the United States; or that she is firmly recognized as a gay icon certainly by the French if not beyond; or that her life was so binary, careening with disturbing regularity between the very heights of popular artistic success and the most absolute pits of dark personal tragedy. Yes, I was shamefully ignorant of Dalida the artist — something Dalida the film rectified with stylish, unflinching skill.

Dalida is in essence one of those rags-to-riches stories about a musician that (spoiler alert) ends tragically. We’ve seen this kind of story before about Buddy Holly, Patsy Cline, Ritchie Valens, Jim Morrisson, and so on; but Dalida seems to me to be the best of the bunch. The details of Dalida’s life are so extreme in their emotional range that they refresh the pattern and deliver something that feels entirely new. If there is any flaw to be found here, it is that some of the scenes teeter on the edge of melodrama. But to be fair, this story is downright operatic in its peaks and valleys. With that in mind, I could just as easily argue that the film is utterly restrained.

One thing is certain: This is not a feel-good picture, and if you’re at all like me you’ll be glad that it isn’t. Just as Dalida was never allowed by fate to know true comfort and happiness, we are denied those same pleasures by the filmmakers. We are never allowed to luxuriate in good feeling. Always we are aware that something terrible is about to happen, and melancholy rules the day, as it should. For this reason and many others, Dalida is a film that will haunt you. Fortunately, it presents a ghost that you will want to be haunted by; and it may well end up convincing you to add a new icon to your gallery. And why shouldn’t you? Equal parts Streisand, Madonna, Karen Carpenter and Kurt Cobain, she’ll be sure to win your heart, then break it.

Dalida plays Saturday, 30 September at the SIFF Uptown Theater at 6:30 PM. Be sure to accessorize with a box of tissues, Bambino.

Model-turned-actress Sveva Alviti delivers a star-making performance in this intimate portrait of one of France’s most iconic singers. Charting her meteoric rise from a difficult childhood in Cairo, to her almost overnight international celebrity, Dalida turns an unflinching eye on her tumultuous life in the spotlight to reveal a modern woman, born ahead of her time.

Get Your French Cinema Now Pass