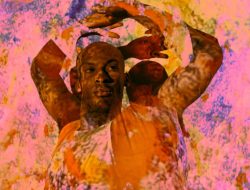 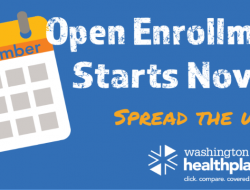 We live in a society of almost total media saturation. What once was a quaint world of newspapers, books and live performance is now a dense, endlessly spooling web of sensory overload comprising so many forms of live and recorded media that we can only refer to the whole mess succinctly with the general and flavorless word “content.” Art is content. Content is data. Data is omnipresent and endlessly generated by artists who are now more accurately referred to as content creators; and the technological tools that facilitate that endless creation of content are now inexpensive and accessible enough that anyone with the will to become a content creator can now endlessly create content. Meanwhile, companies like Google who try to give shape to it all become multi-national, multi-billion-dollar entities. The end result is a bewildering cornucopia of choice for the content consumer, and a nearly impenetrable field of obscuring noise for the content creator trying to become visible. Producing content is only the first challenge. The bigger challenge is marketing that content. And all of that becomes even more difficult if you happen to be something other than male.

One solution to this marketing problem is to band together with others. A group of unknown content creators somehow feels more substantial as a unit to be marketed than any one content creator wandering the congested superhighways alone. It is easier for the lone bit to disappear in the digital snowstorm than a group of bits who have congealed into something larger. In this way a new kind of communal living emerges, but this time with a different goal than, say, that of the analog hippies of the 1960s. This time it isn’t merely about peace, love and harmony. Those are hashtags used in pursuit of becoming visible, present, noticed, relevant, enjoyed. In this way, individuality is best marketed by the commune — a potentially confused and confusing undertaking. But if you can get one more click on that follow button, then your brand grows and your progress toward becoming more visible continues. If you happen to belong to an historically marginalized and underrepresented group, again, all of that becomes even more difficult. This brings me to Amplify Her, a 2017 documentary film from co-directors Ian Mackenzie and Nicole Sorochan that features seven female electronic musicians / content creators / artists. Here, a communal banding-together serves to market the fiercely individual artists who work in a form of media — live electronic musical performance — that is, in turn, focused on the bringing-together of many individual people into synchronized, communal dance experiences. Furthermore, the film itself is only one aspect of a larger project that includes print and motion comics that star the same content creators that are in the film; and a social arts movement comprising electronic music shows and workshop retreats.

The filmic portion of the broader project tells some interesting stories and, along the way, provokes thought about the challenges faced by female content creators today. While it could benefit from a few tweaks here and there to its structure, and while it’s never quite profound enough in its thinking about the subjects and issues it raises, I do think that it works well as a catalyst for further conversation, and as an introduction to a rather sizable collective of like-minded artists. You will meet the likes of AppleCat, Lux Moderna, Blondtron and more; and you just might fall in love with both the real-world and graphically-novelized incarnations of their personas, struggles, and successes.

Ultimately, you can think of Amplify Her, the documentary, as a kind of DJ’d set that mixes various issue and story tracks together into a mostly seamless experience. As such, I’d recommend checking it out. You might just increase your awareness of the important cause of empowering women in yet another male-dominated industry. Maybe it will be the first step you take to becoming a non-male content creator yourself. Who knows? At the very least, you’ll have the opportunity to find a content creator you enjoy who might otherwise have remained wandering obscure and alone in the digital snowstorm. Win-win.

Amplify Her plays a special double screening on 26 October 2017 at SIFF Cinema Uptown at 6 and 9:30 PM. (Tickets here). Evidently, the print graphic novel will also be available. As Blondtron might say: #freeyourpussy. Doors open a half-hour before screening. MORE about this film/project/Seattle events:

Amplify Her is a film, graphic novel and animated motion comic series that explores the rise of female artists in the electronic music scene.

Imagined and brought to life by more than 21 female creators across North America – mainly from the Pacific Northwest – the 89-minute feature follows seven up-and-coming stars as they find their unique voices within a male-dominated realm.

On the surface, it’s a story about women in the electronic music industry, but the film’s deeper message is the resurgence of “the feminine” in Western culture.

The Amplify Purple Carpet Tour is coming to Seattle! As a purple carpet stop we have guest appearances from the filmmakers, a few artists, and a lively post-screening discussion. The 144 graphic novels will be available for purchase, covering topics covered include illness, cyberbullying, sexual conformity, emotional vulnerability and self-image.

The Purple Carpet tour starts right in the theatre! Opening both theatre shows is DJ CARE.

Straight outta’ Miami with deep Seattle roots DJ CARE has an eclectic style that goes deep into the soul of the event injecting luscious sound with love and CARE.
After the Screening the music continues at the AFTER PARTY:

Blondtron is an outspoken, openly sexual music producer who crafted her latest track, ‘Set Your Pussy Free’ as an anthem for empowering women. Yet as she transitions into an entrepreneur launching her own tech company, her raunchy antics prevent her from being taken seriously.

On the heels of beating a mysterious decade-long illness, Lux Moderna channels her healing mantras into her music, creating spaces of shamanic transformation on the dance floor. Yet her biggest challenge awaits her: stepping out from behind the decks and performing as a center-stage priestess.

Amplify HER explores these rising stars and more (CloZee, Kytami, Wala, and A 100 Drums) as they come-of-age amidst the emerging cultural renaissance of the feminine.