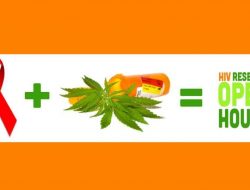 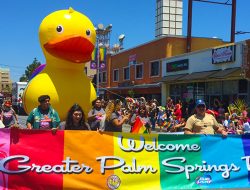 The bar/club taking over the old Purr space at 1518 11th Avenue (between Pike & Pine) on Capitol Hill will be opening this weekend.

Queer Bar (or, “Queer/Bar” or “queer/bar”….it seems to have multiple styles in use) is the name of the new venue being opened by Joey Burgess who already co-owns the mostly straight nightclub Grim’s which is just two doors down from the Queer/Bar space on 11th Avenue. Burgess is also a partner in the Guild Seattle Group that owns Big Mario’s Pizza and the Lost Lake Diner with partners Jason Lajeunesse and Dave Meinert. Between the three men, either individually or within Guild Seattle, they now control a significant slice of Capitol Hill/Pike & Pine nightlife including the Neumos music venue and the popular Capitol Hill Block Party held every summer. Burgess appears to be the sole/principal owner of Queer/Bar which assumed control over the space after a messy transition in lease holders over the summer with Purr owner Barbie Roberts unhappy that she was apparently priced out of the location her bar called home for 9 years in favor of this new project from Burgess.

Roberts has moved on from the change in venue and just re-opened last night at her new location in the Montlake neighborhood with a capacity crowd welcoming her return. Meanwhile Burgess has released some info through some social media channels that Queer/Bar is opening this Friday, October 6th with an invitation only “Friends & Family”  event followed by a public opening on Saturday, October 7th. Actually, most of the info I’m seeing is via employees/performers at the new club posting on their own private social media accounts. Queer/Bar just created a Facebook page within the last 10 days and while they’ve had an Instagram page for awhile, it didn’t feature much info until this week when a series of photos of staff, entertainers, and merch was posted. Their website is also live with info on the club’s big weekly Friday/Saturday drag show MX. which is being hosted by popular Seattle diva and RuPaul Drag Race contestant Robbie Turner. It’s rumored that Turner is the “Entertainment Director” at the new venue which has created a dedicated performance space in their remodel of the building; the Purr space did not have a specific staging area. Robbie Turner left her previous home bar at RPlace earlier this year where she headlined for several years prior to her stint on Season 8 of RuPaul’s Drag Race and then on occasion since then as her schedule permitted while she made appearances across the country. Now, over a year since her season aired, Turner seems to have found a new home base in Seattle.

Joining her at MX. (yes, the “.” seems to be part of the name….) will be several other popular Seattle performers including up and coming starlet Abbey Roads as well as Stacy Starstruck, Lucy Paradisco, Jupiter and “special guests”. The show will feature group numbers, comedy, dance pieces and probably lots and lots of numbers involving Robbie Turner sitting on/standing on/physically abusing audience members, one of Robbie’s  trademark bits loved by her fans.

Queer/Bar has also posted their food menu on the website; it’s an exciting and very promising new way of providing food within the context of a gay bar experience which usually revolves around the standard burgers/fries/tots kind of fried cuisine. In a revolutionary move, Queer/Bar will be “ovo/lacto vegetarian” meaning no meat/flesh will be served at all but egg and dairy will be and with a claim that many dishes can be served totally vegan. In addition, they are also partnering up with area LGBTQ chefs to offer up seasonal variations in the menu. From the website:

In our queer/chef series, we partner with local LGBTQIA chefs to bring three seasonal dishes to our menu in a continued effort to support all types of queer arts. We strive to provide a safe space for culinary artists in our community to showcase their creativity and talent.

The first chef in the series is Mac Jarvis:

Seattle-native Mac Jarvis has worked with Tom Douglas Restaurants and the Momofuko Group before recently settling into their true love of small kitchens and rustic cuisine at Glorietta’s Trattoria in Jackson, Wyoming.

Queer/Bar has also created “Queer/Hall” with the goal of using the venue as:

A meeting place in the heart of Capitol Hill, Queer/Hall fosters an engaged community through civic, social, and educational conversation that inspires empathy, pride, and positive action. All our voices deserve to be heard.

This first big event for Queer/Bar is clever synergy for Joey Burgess who sits on the Board for Three Dollar Bill Cinema, the producers of TWIST: Seattle Queer Film Festival. Opening Queer/Bar is fulfilling a dream for Burgess who has been working towards this moment for several years, to create a queer friendly space for the entire community.
Stay tuned for more info.