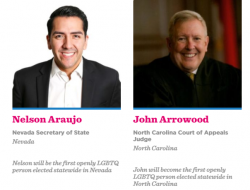 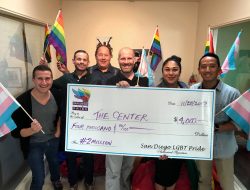 For Seattle  mass transit supporters, some good news today as brand spankin’ new Mayor Jenny Durkan signed an agreement to expedite plans to extend light rail to West Seattle and Ballard. Under previous plans, it would have been 2030 to 2035 before those neighborhoods would be connected to the current light rail network as part of the approved Stage 3 light rail expansion. Advocates to streamline those plans to get light rail to those denser urban neighborhoods with potentially high ridership at a faster pace won candidate Durkan over to their cause and she made it one of her campaign pledges.

After only a few weeks in office, Mayor Durkan has pledged the support of her administration to back plans to move up the West Seattle/Ballard time table. The proposal has support from both the Seattle City Council and Seattle Sound Transit board members. Today’s agreement unites all the major local players in the game with the hoped for end result of getting light rail to the western neighborhoods of Seattle in a more timely manner. The expansion would include the building of a new downtown transit tunnel for the new line which is proposed to run from West Seattle’s main commercial neighborhood at the Alaska Junction to Downtown Seattle then extending north to Seattle Center then to Interbay and over to Ballard with a total of nine new stations in the project.

For the thousands of LGBTQ Seattleites who have moved away from traditional gay neighborhoods like downtown and Capitol Hill, either due to the tendency for gay and lesbian couples to “nest” in more residential neighborhoods  or due to rising rents in city center areas, expanded light rail will make it easier for the community to stay connected. It’s a win/win in our book.

Here’s the press release from the Mayor’s Office.

Supported by the Seattle City Council and all Seattle Sound Transit Board Members, agreement establishes framework for streamlining project delivery and reaching consensus on a preferred alternative by early 2019

Seattle (Dec 13) – With the support of all Seattle area Sound Transit Board Members, Mayor Jenny A. Durkan signed an agreement for an expedited plan to build the West Seattle and Ballard light rail extensions. The agreement, which was unanimously affirmed by City Council on Monday, provides a framework for Sound Transit and the City to work closely during the next 18 months to identify a preferred route alternative. Early identification of a preferred alternative along with other alternatives to study in the Environmental Impact Statement (EIS) is a key strategy to meet the aggressive schedules for speeding up service to West Seattle in 2030 and Ballard in 2035. In addition, the agreement creates a new leader within the Mayor’s office to coordinate Sound Transit including a review of City codes, policies and permitting requirements.

“I am honored to appoint Mayor Durkan to the Sound Transit Board of Directors – she will be a strong partner as we keep our projects moving forward and tackle our transportation challenges,” said King County Executive and Sound Transit Board Member Dow Constantine. “People want light rail, and they want it now. During the ST 3 campaign I repeatedly pointed out that the timelines could be shortened if local jurisdictions and Sound Transit work together. Today, for West Seattle and Ballard, Seattle is a big step closer to making that happen, fulfilling my promise and showing the way for other cities.”

“If we want to remain the economic engine of the Northwest, with opportunities for all residents to thrive, we must have continued investment in light rail and other investments in public transportation. The West Seattle and Ballard to Downtown corridors will be areas of high ridership, and most importantly, will help our diverse communities stay connected. We are united in making this a top priority,” said King County Council Chair and Sound Transit Board Member Joe McDermott.

“We need better transit as quickly as possible. By expediting light rail to West Seattle and Ballard, we will be transforming our city for decades to come. As both Mayor and a member of the Sound Transit Board, I will work to cut red tape to provide faster, more reliable transit service to neighborhoods sooner. By working closely with key members of our community, region, and the Sound Transit Board, we will be able to make public transit more convenient and accessible to those who visit or live and work in and around Seattle,” said Seattle Mayor and Sound Transit Board Member Jenny Durkan. “I’ll also work to bring on better bus service to help immediately, as we build our next generation of transit.”

“We heard loud and clear that Seattle voters want light rail and they want it as soon as possible. This agreement will help the City and Sound Transit deliver the transit infrastructure our region demands,” said Councilmember Rob Johnson (District 4, NE Seattle) and Sound Transit Board Member.  “We know that good transit reduces household costs, connects families to good jobs and helps protect our environment, and I am thrilled we are taking action today to bring those benefits to more Seattleites.”

The agreement will go before the Sound Transit Board on Dec. 21. It includes specific commitments from each agency that include working together with stakeholders to build early consensus around project elements; developing environmental review documents that both agencies can use for required project development approvals and permitting decisions; and streamlining permit review and processing.