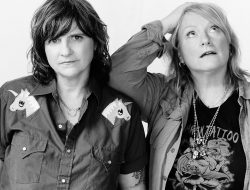 In A Shocking Turn, Indigo Girls Announced For ZooTunes... 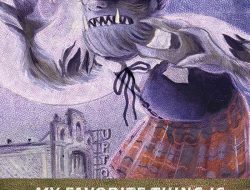 The 90th Academy Awards were held yesterday and LGBTQ people/themes made a splash. Adam Rippon in Moschino on the Oscars Red Carpet. Photo/Instagram

Out gay Olympic bronze medal winning figure skater Adam Rippon attended the Oscars and made waves on the Red Carpet in an S&M themed tux by Jeremy Scott/Moschino that featured a leather harness as part of the ensemble. Daniela Vega becomes the first out transgender presenter at the Oscars. Her film, “A Fantastic Woman” won an Oscar for Best Foreign Language Film.

Not only did Daniela Vega become the first out transgender presenter at the Oscars, but her film A Fantastic Woman (“Una mujer fantástica”) from Chilean director Sebastián Lelio, won the Academy Award for Best Foreign Language film.

(You can catch this terrific film at SIFF Cinema at the Egyptian right now.) James Ivory, the acclaimed 89 year old director and writer won his first Oscar for his adapted screenplay for “Call Me By Your Name”

Iconic out gay filmmaker James Ivory won his first Oscar at the age of 89 for his adapted screenplay for Call Me By Your Name, the only Academy Award won by the film that centered on a gay love story. Ivory, who initially planned to direct the film, has been nominated before in his long career that includes such beloved films as “A Room With a View,” “Maurice,” “Howards End” and “Remains of the Day” which all received numerous Oscar nominations and wins for other artists involved including awards for his late writing collaborator Ruth Prawer Jhabvala, Ivory had never won an Oscar prior to this win.

The writer/director also was acclaimed for his bold fashion choice: he rocked a white dress shirt that featured an image of young actor Timothée Chalamet in his role as the pensive teenager Elio. The shirt was painted by artist Andrew Mania, according to his Instagram and you can actually buy hand painted shirts from the artist.