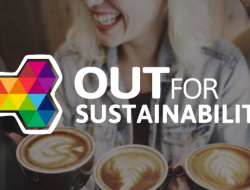 Are You Concerned About The Planet? Out For Sustainability... 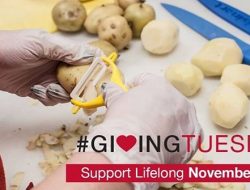 Tuesday, November 20th is Transgender Day Of Remembrance for 2018 and there are a number of events where the lost lives of transgender community members will be honored and remembered.

We will be holding a candlelight vigil to read the names of those who’ve lost their lives to anti-trans hate crimes and violence. Due to fire code restrictions, the candlelighting portion of the ceremony will be held on the attached large patio of the space, so please dress appropriately for inclement weather. As an added touch, we will also be releasing wish lanterns in honor of the victims in other countries, to spread our remembrance of them across the city.

Meanwhile, in South King County, there is Transgender Day of Remembrance being presented by Ingersoll Gender Center and U.T.O.P.I.A. at Trinity Community Church, 3807 Reith Rd, Kent, Washington 98032. The event is free but they want attendees to register HERE.

ADDED: There’s also the Transgender Day of Remembrance Vigil at David Rodgers Park/Queen Anne Bowl on the north side of Queen Anne, in an event produced by  SPU Haven and Party for Socialism and Liberation- Seattle.

Oddly, Seattle’s GENDER JUSTICE LEAGUE doesn’t seem to be producing or co-producing a memorial event this year. The group, best known for producing the Transgender Pride event during Seattle Pride Week is currently preparing for their annual Gender Justice Awards on December 6th, a major event and fundraiser for the group.

Here’s a reminder why we observe this day:

What is the Transgender Day of Remembrance?

“The Transgender Day of Remembrance seeks to highlight the losses we face due to anti-transgender bigotry and violence. I am no stranger to the need to fight for our rights, and the right to simply exist is first and foremost. With so many seeking to erase transgender people — sometimes in the most brutal ways possible — it is vitally important that those we lose are remembered, and that we continue to fight for justice.”
– Transgender Day of Remembrance founder Gwendolyn Ann Smith