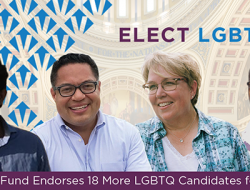 Continue The Rainbow Wave in 2019 and Beyond 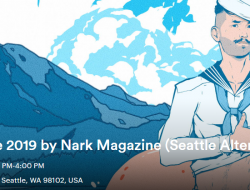 Seattle Pride is doing something different this year for the 2019 Seattle Pride Parade happening on Sunday, June 30th in downtown Seattle.

In previous years, Seattle Pride just chose local folks, (drag queens for many years; more diverse line-ups in the last couple years) to work as Pride parade announcers at the 3 announcers booths along the route (Westlake, 4th and Bell, 4th and Denny).

But, this year they’re opening up the process to the entire community and you can nominate folks for the job!

(You can even nominate yourself…)

Do note that they are looking for people with some performance experience or as community leaders used to public speaking/engaging with an audience or group of people.

Please don’t nominate your homophobic hillbilly cousin or your arch enemy or any other “funny” nomination as a “joke”.  #NotActuallyFunny

Go here to nominate yourself/someone else but do it NOW since January 31st (end of day next Thursday) is the deadline.

Seattle Pride is committed to celebrating our community’s leaders, talent, and diversity. In recent years we have partnered with a wide group of performers and local talent, along with well known pillars of our community, to make the Seattle Pride Parade, and our events, welcoming and exciting. Now we want to hear from you, who do you think should be a Parade Announcer at this year’s Parade?