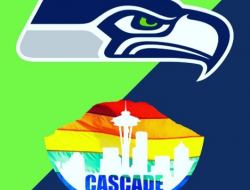 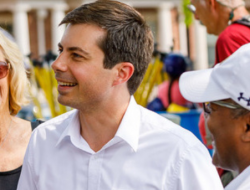 Our Daily Pete: Our Favorite Candidate Dishes The Nitty... And, it’s official: the gentrification of oddball Seattle suburb, White Center is officially underway with the news that it’s about to get its SECOND LGBTQ night club. Michale Farrar and Nathan Adams opened The Lumber Yard Bar, 9619 16th Ave SW,  in January of 2018 and has subsequently established itself as a popular meeting place for LGBTQ patrons on the Southwest side of Seattle and the King County area between Sea-Tac and the city.

But, The Lumber Yard is about to be joined by a second LGBTQ venue. Recent social media posts and scuttlebutt have indicated that former Pony Bar co-creator Marcus Wilson is opening a new venue called THE SWALLOW at 9608 16th Avenue SW in a space previously occupied by a bar called “Company Store” which recently closed.

And, searching the Washington State Liquor and Cannabis Board new applications list for King County turns up a March 5th request from a business named “Salty Sailors” for a “Nightclub” license at that address with Wilson and two other men, Barry Smith and Thai Tran listed as applicants.

Marcus Wilson is a well known figure in Seattle’s LGBTQ nightlife as an original creator and manager at the very popular Pony Bar, which he left in 2015, as well as a dj, nightlife producer, and as a performer. In his punk drag persona of Ursula Android he co-created the uber hip punk drag party known as Pho Bang in the late 1990s with Jackie Hell.  He later started other popular nights like Comeback at Chop Suey and lately, performs with his band Ononos. He is celebrated for his cheeky retro/porn aesthetic and his use of vintage gay erotic ephemera as decoration and as promotion.

Snooping around on a White Center group on Facebook I found a positive thread about the new venue; commenters on the thread seemed supportive. The Swallow will take over the space previously occupied by the bar Company Store which recently closed. Photo: Via Google Street View

In recent years, the unincorporated city has begun a drastic transformation as gentrification took root in an area that was largely blue collar and heavily populated with Mexican and other Latinx residents as well as many from Southeast Asia. The main commercial street of 16th Avenue SW was mostly home to working class taverns, Mexican cafes and shops, Asian restaurants and shops and several adult entertainment stores.

You can still find good “mom and pop” Mexican and Asian food in the area but long empty store fronts are being filled by new businesses that offer a hipper option to the area like Full Tilt Ice Cream, Anju,  Drunky Two Shoes BBQ, the Noble Barton bar, Lil’ Woody’s Burgers and Bok A Bok Chicken have all moved into an area mostly known for numerous muffler shops, family owned bodegas, hair and nail salons, national fast food chain places and a huge Dollar Store.

The Swallow doesn’t seem to have a Facebook page up yet but there is a shell of a website, listed under the new bar’s corporate name of “Salty Sailors”. Go here to check it out.

We’ve reached out to Marcus Wilson for any kind of comment on a timeline for the opening of the new business. Logo on the website for the new LGBTQ venue The Swallow in White Center Washington.

3 Responses to White Center To Get A New LGBTQ Bar: “The Swallow”