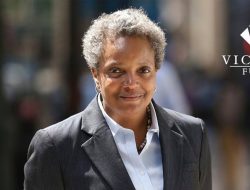 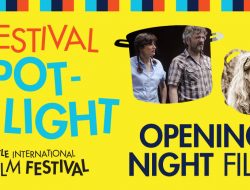 April has arrived and a slew of new queer books are coming out this month, with some real treats celebrating the 50th Anniversary of the Stonewall Riots which sparked the modern LGBTQ rights movement being released including Penguin Classics publishing The Stonewall Reader, which gathers together first person accounts, diaries and reportage on Stonewall with a forward by noted gay writer Edmund White. There’s also a children’s picture book coming out: Rob Sanders and Jamey Christoph’s Stonewall: A Building. An Uprising. A Revolution(Random House Books for Young Readers) and a gorgeous coffee table book, Art after Stonewall, 1969-1989,  chronicling the effect of Stonewall on queer art and the art world. It’s from Rizzoli, so you know it’s fabulous.

Speaking of gorgeous and fabulous, there’s also the memoir from Gigi Gorgeous, the transgender media star coming out this month. He Said, She Said: Lessons, Stories, and Mistakes from My Transgender Journey explores Gigi’s transformation from a dorky Canadian named Greg to the fabulousness that is Gigi Gorgeous.

And, Academy Award winning writer Dustin Lance Black is also releasing his memoir, Mama’s Boy: A Story from Our Americas (Knopf) which focuses on his relationship with his mother and his coming out process.

This heartfelt, deeply personal memoir explores how a celebrated filmmaker and activist and his conservative Mormon mother built bridges across today’s great divides—and how our stories hold the power to heal.

Dustin Lance Black wrote the Oscar-winning screenplay for Milk and helped overturn California’s anti–gay marriage Proposition 8, but as an LGBTQ activist he has unlikely origins—a conservative Mormon household outside San Antonio, Texas. His mother, Anne, was raised in rural Louisiana and contracted polio when she was two years old. She endured brutal surgeries, as well as braces and crutches for life, and was told that she would never have children or a family. Willfully defying expectations, she found salvation in an unlikely faith, raised three rough-and-rowdy boys, and escaped the abuse and violence of two questionably devised Mormon marriages before finding love and an improbable career in the U.S. civil service.

By the time Lance came out to his mother at age twenty-one, he was a blue-state young man studying the arts instead of going on his Mormon mission. She derided his sexuality as a sinful choice and was terrified for his future. It may seem like theirs was a house destined to be divided, and at times it was. This story shines light on what it took to remain a family despite such division—a journey that stretched from the steps of the U.S. Supreme Court to the woodsheds of East Texas. In the end, the rifts that have split a nation couldn’t end this relationship that defined and inspired their remarkable lives.

Mama’s Boy is their story. It’s a story of the noble quest for a plane higher than politics—a story of family, foundations, turmoil, tragedy, elation, and love. It is a story needed now more than ever. And, for fans of graphic novelist/artist Jaime Hernandez and local comic/graphic novel publishers Fantagraphics, there’s the release of  Is This How You See Me? this month, his latest “Love & Rockets” book which has been chronicling the lives of a huge cast of Chicano/Chicana characters, (gay and straight) over the last 30+ years.

In Love and Rockets, Jaime Hernandez has followed the lives of his queer, Chicano cast of characters for over 30 years of romance, heartbreak, and the self-awareness that comes with age. Is This How You See Me? hones in on Jaime’s two most beloved characters, Maggie and Hopey, flashing backward and forward in time to reveal how the passage of time has molded these young LA punks into complex, middle-aged women. An intimate look at how people change and drift apart, yet remain deeply affected by their formative years, Is This How You See Me? brings Hernandez’s L&R series full circle.

Via Lambda Literary, a list of all the April queer books being released:

Tags: and Mistakes from My Transgender Journey, Dustin Lance Black, Fantagraphics Books, Gigi Gorgeous, He Said, Is This How You See Me?, Knopf, Lambda Literary, LGBTQ Books, Love and Rockets, Mama’s Boy: A Story from Our Americas, Queer Books April 2019, She Said: Lessons, Stonewall 50, stories