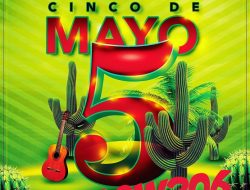 Cinco de Mayo Is Sunday And There Are LGBTQ... 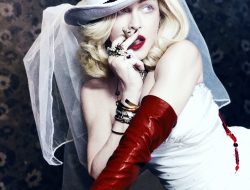 All sorts of media darlings will head up QueerX, the 4th annual queer music, film and entertainment industry festival happening May 31 through June 2 in West Hollywood, California and presented by queer global streaming network Revry and sponsored by Lexus.

Concerts, screenings, panels, parties and the Revry Visibility Awards are all part of the line-up including honoring the very hot star and creator of Netflix’s Special, Ryan O’ Connell.

LOTS more skinny down below. QUEERX: THE FUTURE IS QUEER

The festival kicks off Friday night with an exclusive industry party and concert at the iconic Whisky A Go Go headlined by Billboard’s Artist of the Month, Brooke Candy with her RuPaul’s Drag Race alumni backup dancers Laganja Estranja and Gia Gunn, along with Jordy and Davy Boi and a Billboard’s top 10 LGBTQ surprise artist making their first LA concert appearance.

QueerX continues Saturday and Sunday at The London Hotel West Hollywood with its competition screenings and the Revry Summer Preview including Laura Linney’s World Premiere of Sink Sank Sunk and GLAAD “Rising Star Grant” recipient River Gallo’s PonyBoi, created by and starring the first out intersex person in the history of cinema (produced by Stephen Fry and Emma Thompson).

Saturday night’s Centerpiece Screening is LA’s premiere of the YouTube Original State of Pride starring Raymond Braun and directed by 2x Academy Award winners Rob Epstein and Jeffrey Friedman (The Times of Harvey Milk, The Celluloid Closet) that opened this year’s SXSW.  State of Pride takes an unflinching look at the significance, controversy, and meaning of Pride for young people 50 years after the Stonewall Riots.  It follows Raymond Braun, called “one of the pre-eminent activists of his generation” by OUT Magazine, on a road trip to big cities and rural towns across the United States as he experiences Pride and interviews individuals for whom the event marks a pivotal moment in their personal journey.

The festival concludes with the star-studded Revry Visibility Awards and closing night party hosted by the Tourist Office of Spain honoring Nikita Dragun, Raymond Braun and Ryan O’Connell.  Nikita shares, “This is an incredibly monumental year for me. I launched my company Dragun Beauty becoming the first Trans owned brand for Trans people and all people. I’ve pushed representation by living visibly and unapologetically. To have the support of my community means the world to me because everything I do is for them! Live your fantasy.”

QueerX’s Grand Sponsor is Lexus. Premiere Sponsors include the Tourist Office of Spain and Hemp In It by Pride Global Labs.  Signature Sponsors includeKingdom Clothing, Lowell Herb Co and Andrew Christian.  Media Partners include Playboy, LA Confidential Magazine, LA Weekly, Subvrt Magazine and The Tenth Magazine. QueerX is proud to have GLAAD as its Community Partner.

QueerX is the intersection of music, film and industry. Inclusive of all identities, the festival pushes boundaries the same way our community does by fostering connection and empowering queer voices.  Originally founded as Out Web Fest in 2016, QueerX is a one-of-a-kind festival created by and for the global queer community. www.queerx.com

Revry is the first queer global streaming network, available in over 50 million homes in over 100 countries, with a uniquely curated selection of LGBTQ+ film, series, and originals along with the world’s largest queer libraries of groundbreaking podcasts, albums and music videos. Revry is available worldwide. Headquartered in Los Angeles, Revry is led by an inclusive team of queer, multi-ethnic and allied partners who bring decades of experience in the fields of tech, digital media, and LGBTQ+ advocacy.  Follow on Facebook, Twitter, and Instagram @REVRYTV. Go Online to: www.Revry.tv.

Lexus’ passion for brave design, imaginative technology, and exhilarating performance enables the luxury lifestyle brand to create amazing experiences for its customers. Lexus began its journey in 1989 with two luxury sedans and a commitment to pursue perfection. Since then, Lexus has developed its lineup to meet the needs of global luxury customers in more than 90 countries. In the United States, Lexus vehicles are sold through 241 dealers offering a full lineup of luxury vehicles. With six models incorporating Lexus Hybrid Drive, Lexus is the luxury hybrid leader. Lexus also offers eight F SPORT models and two F performance models. Lexus is committed to being a visionary brand that anticipates the future for luxury customers. www.Lexus.com