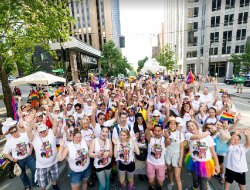 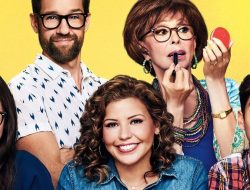 LGBTQ Fans Thrilled That “One Day At A Time”...

Don’t Forget! My Imaginary Boyfriend Chris Evans Is In Town This Weekend!

Well, it’s Wednesday and he hasn’t canceled yet!

Super hunky actor Chris Evans is scheduled to attend  this weekend with a buttload of other big stars like Josh Brolin, Jeremy Renner, Don Cheadle, Lee Pace, Taron Egerton and Zoe Saldana. Last year, this same event had different stars lined up but many of them canceled at the last minute…which was rather annoying.

Looks like tickets are still available for Seattle ACE Comic Con, which is a three day con at WaMu Theatre/Century Link Field Event Center aka “that big conference space down at the stadiums…”

Note, not all of the of the talent will be here for the entire three days…basically NO ONE is here on Friday and most of them will be here Saturday with some on Sunday.

We need to track down where they will be staying and more importantly, what gay pride events they will be at.

You just know, Lee and Taron are ITCHING to shake their asses at a party…

Also: I know all you Scooby Doos and Nancy Drews will figure it out.

Oh, I do think some of the photo/autograph packages are sold out…I can’t believe people pay this much money for a photo opp.

Now, if THIS were the case, I’d understand: