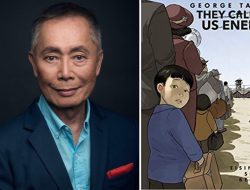 That is now my favorite quote of the year.

It’s off the poster image for a terrific event that is quite a long ways away but we firmly believe in keeping a calendar. THIS is an event that needs to be on it.

It’s the “Cedar River Clinic 4oth Anniversary Show” and it’s part of the Abortion Access Front’s national tour. Abortion AF was created by Daily Show co-creator Lizz Winstead (and originally known as Lady Parts Justice League) and its (wo)mandate has been to fight for reproductive rights via shows and concerts and tours like this.

So, Lizz will roll into Seattle’s Clock-Out Lounge on Beacon Hill on November 14th for a special show to raise money/honor the 40th anniversary of Cedar River Clinics, which has been providing “compassionate reproductive health care including abortion, birth control, well-woman care, and LGBTQ wellness services” for four decades in their clinics in Renton, Seattle, and Tacoma.

Go to the Facebook invite page to snag your tickets NOW…this is the type of event that is likely to sell out!