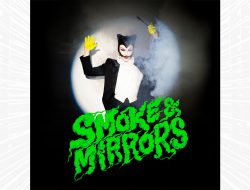 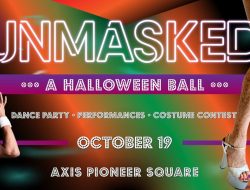 She was a sensation on RuPaul’s Drag Race Season 11 and now LOVE CONNIE is jetting in from “Connie Wood” to delight all her new fans in Seattle this Saturday for a live show at The Hard Rock Cafe. And, not being shy about exploiting a locale, she’s calling her show SHAMELESS IN SEATTLE!

Advance tickets are MUCH cheaper than at the door, so go snag them over HERE!

“There are so many talented queens, and so many side-splitting shows, it’s hard to pick. But we are rabid fans of Love Connie. Sick and twisted, cerebal and stupid, she gives us everything we want.” – Randy Barbato & Fenton Bailey (Executive Producers of RuPaul’s Drag Race)

Avoid the shame of missing out and excercise your right to a good time…get your tickets today! This is a LIMITED seating engagement, tickets are first come first served while they last. Meet & Greet option available includes photo op, premium seating, and more!

This show is 21+ with valid ID.
No flash photography or video recoreding of any kind. All sales are final, no refunds.