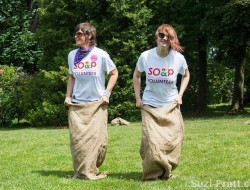 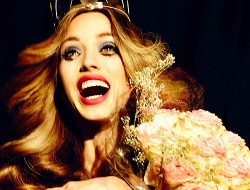 Old Folks AND Teens Can Be Crowned Mr/Miss/Ms Seattle... It’s the end of a meaty era as Sylvia O’Stayformore wraps up the monthly run of her 9 year long “Big Gay Variety Show” BACON STRIP tonight (Saturday, June 14) at the Theatre Off Jackson in the International District. Miss Sylvia is a busy gal with multiple gigs including her successful run as a Tupperware Consultant so she’s ending the monthly run of the show to focus on her other endeavors, though she vows to do Bacon Strip Specials in the future.

This month’s final theme is Bibical: “The Greatest Story Ever Told” so you should expect lots of blasphemy from the show that has brought you a lot of perversion over the years from its cast that has included current stars like co-host Honey Bucket, the Darlings, Otter Pop, Bobbi Jo Blessings, Cherry Sur Bête and SuperNova-Majesty Michaels, but also Colony, Jackie Hell, Maxine Delacunt, Ho Mo Arigato, and even RPDR Superstar, Jinkx Monsoon who cut her teeth on BS stages.

SOME of those former stars will be back tonight, (NOT Miss Monsoon) so it should be an emotionally hysterical evening of decadence and….bacon.

Sylvia and Honey will lead an all-star lineup, including:

And of course, Bacon Strip would not be complete without our very own stage stud Mr. Derek Payne and new meat man Deo, serving up the main course – BACON! So come on down to Theatre Off Jackson. What do we have in store? Come on down and find out!

It’s a sad, sad day for Bacon Strip fans…but, it WILL return!!!