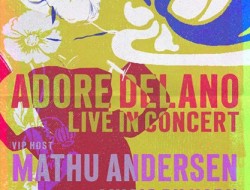 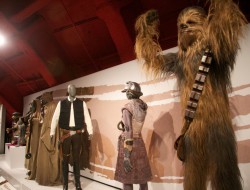 You know it. You love it. Every time your favorite character dies, you want more. The gorier, the better. Let’s face it, folks. Game of Thrones is your abusive, toxic, perfectly normal, addiction/ex. Only it’s ok, because it’s merely on TV and in books. …Right?

WRONG. Now you’ll be seeing on the BIG SCREEN. And not just however awesome your home theater is decked out, either. IMAX. In all its glory! Because we need more ways for the most EPICALLY EPIC SHOW THAT EVER DID EPICALLY MESS WITH OUR HEADS to invade our souls.

January 29-Febuary 5, check your listings to catch the last two episodes of Season 4 of The Best Show Ever in TV History. “‘The Watchers on the Wall’ and ‘The Children’ will be digitally remastered into the immersive IMAX format, making Game of Thrones the first television series to be showcased in IMAX theaters. In addition, fans will be able to see the worldwide debut of the Season 5 sneak peek trailer, created exclusively for IMAX,” says the website. And guyz, you’d better get your tickets now for the only *true* IMAX screen in Seattle—the Pacific Science Center.

Remember when HBO broke the internet by releasing GoT to legal streaming? And remember how no one would shut up about the show after just two episodes having aired? Without spoiling it for the random person who lives under a rock and hasn’t seen it, let’s just nerd squee for a minute:

OMG remember that time that guy did that thing and you were like, “WHOA!” And the finale was one of the few episodes that had a visible theme and the ending was like, WHAT?? Then there was the time you were bored for a second, and then someone died! Anyone else wondering what happened to that one direwolf? Like when will it return to the Stark? And then—and then!—someone became a total badass and maybe you didn’t see it coming!

Ok, I’m done frothing at the mouth now. What do you think, everyone? More sex next season? Anyone going to switch teams? Who’s going to die? Will so-and-so finally get a brain? What will the characters *with* brains do with them? Oh, and DRAGONS. SO STOKED! Go get tickets so I can talk with you about the Season 5 preview!

Korra Q is a Seattle-based nerd who plays fetch with her cat. She’s into sci-fi, un-sparkly vampires, and chicks who kick ass. To support her habits, she’s the sassiest server you’ll ever order from.

One Response to Calling All GoT Fans! See it Like NEVER BEFORE!