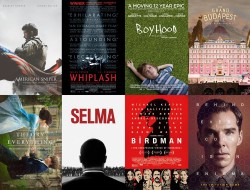 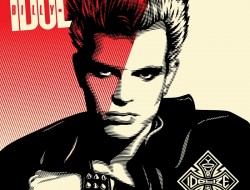 In the LGBTQIA world, the people are represented by two separate, yet equally important groups: the patrons who get shitfaced in the club and the drag queens who assist the offenders. Nightclub based offenses are considered especially hilarious. In Seattle, the dedicated drag queens who experience these vivacious felonies are members of an elite squad. From tripping on copious amounts of acid, to falling asleep on a sushi roll: these are their stories.

Mark “MoM” Finley
“Halloween at Cal Arts in 1980, I was dressed as a 50s Prom Queen all in Chartreuse tulle and taffeta. I had been smoking pot all day, so I decided not to drink the alcohol provided by the school, but the punch. When I was getting my seventh cup, the guy in front of me turned around and said, ‘Isn’t this acid great?!’ His head turned into a real lion and the next thing I remember, it was 9 hours later. I was in the living room I’d never been to with over ten nekkid guys (none of whom I knew) and I was wearing a black leather jock and a cowboy boot. Neither which I owned. To this day, I don’t know what ever happened to the prom dress, or what or who I did for those 9 hours!”

Hellen Tragedy
“It was for a drag competition called Fierce Queen at The Eagle and I had never performed before. I had a sequin $7 dress from H&M, some borrowed heels, a terrible beat, and a cheap wig. I was so nervous that it was going to fall off that I bobby-pinned the hell out of it. I was first up and when my number started to play, I was so jacked up on adrenaline and excitement that I lip-synced so hard that my front tooth broke and fell out of my mouth. Not kidding. I spit it out like ‘This is my first performance and I can’t run off stage now, I have to keep going!’ Nobody there knew that it was a fake tooth that I could pull out myself. I didn’t even place that night but I didn’t care. It gave me one hell of a story and I wouldn’t trade it for anything. My wig stayed on the whole time though!”

DonnaTella Howe
“There was that one night I was roving the town with part of the cast of Lashes and part of the cast of Le Faux, and we all ended up at Neighbours. One of the Le Faux waiters showed up and I decided I wanted his shirt off. So, I took it and managed to out run him in heels. But really, every night out I’ve had with Raye Sunshine is just bonkers and I wake up wondering how the hell I made it home.”

Alessandra Hunt
“One time, I was so exhausted and slightly (strong emphasis on slightly) intoxicated that I fell asleep on a table at Genki Sushi after a long, long night out. I ended up waking up with a sushi roll stuck to my face. All pictures have been destroyed.”

Honey Bucket
“My wildest night was last year when I was co-hosting Pride Idol. At the end of the show, while the judges were tabulating their scores, I performed my parody of ‘Let It Go,’ ‘I’m a Ho’. At the end of my performance, I received a standing ovation. I could hear some booing and was wondering what they were booing at. Then I heard a couple of individuals arguing with staff saying, ‘He’s a racist! He’s wearing an afro!’ They wanted to talk with me, I guess, to tell me I shouldn’t do what I’ve been doing for the enjoyment of people for  many years. The Neighbours staff was great at handling the situation. I’ve always felt you aren’t doing art if you’re not offending someone.”

Olivia LaGarce
“Back when I was a new queen, I was at R Place with another drag queen who I was dating at the time. We were both in face, and we were both pretty drunk (shocking, I know), and we ended up making out in the women’s restroom on the 3rd floor. When we came out, we both had lipstick smeared all over our faces, and EVERYBODY knew what had happened. It was so mortifying, I don’t think I went back there for a couple weeks. The worst part was that even after I washed my face off, that lipstick was still stained across my cheek for another day or two. Fuck OCC lip tar!”

Shelita Potroast
“So, generally, I try to stay relatively sober while in drag to keep some level of professionalism. However, my second night ever that I went out in face, I went to Hashdrag at The Highline and after the show I went to CCs for a friend’s birthday. I was not aware that it happened to be their monthly fetish night. Being the high class woman that I am, I decided it would be a great idea after a few more drinks to take my nipple out and run around the bar yelling “I’m Tara Reid! I’m Tara Reid!” Luckily, I wasn’t the messiest person there that night, so the shame was low the next day. I also learned a valuable lesson that night: don’t take your nipple out at fetish night if you don’t want it pinched.”