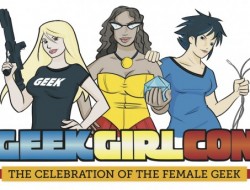 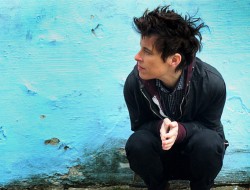 March 12, 2015 Comments Off on “What We Do in the Shadows” offers a refreshing, altogether clumsy take on vampire folklore Views: 5185 Arts & Entertainment, Film, Geek

“What We Do in the Shadows” offers a refreshing, altogether clumsy take on vampire folklore Taika Waititi, Jonathan Brugh and Jemaine Clement in “What We Do in the Shadows”

Remember when vampires were cool? When you could dress up for Halloween wearing fangs and a cape and not have to worry about slapping on a v-neck and some body glitter? Apparently so do writer-directors Jemaine Clement and Taika Waititi. Their new film What We Do in the Shadows explores a situation in which classic vampire characters coexist with humans in contemporary New Zealand, Satanic folklore and gushing blood galore.

The film focuses on a quintet of characters who represent various interpretations of vampire mythology: a Bela Lugosi-esque romantic (Waititi), a sexual, brooding Interview With the Vampire type (Clement) and even an 8,000-year old demonic hunchback named Petyr (Ben Fransham), who wouldn’t look completely out of place as the doppelganger to Nosferatu’s Count Orlok. Though each character deviates slightly from their counterpart, a major strength of the film is its ability to embrace not just one characterization of the vampire film, but nearly all of them. The filmmakers’ attempt to breathe new life into the genre while still respecting the mythology’s history is very commendable.

The film also benefits from its quirky, offbeat sense of humor. Clement, whose HBO series Flight of the Conchords received similar acclaim, lends a similar comic style to Shadows to a largely positive effect. Many of the film’s gags hit just the right notes. From animal transformation to the sometimes detrimental effects of being able to fly, no vampire cliché is left ignored. However, this is also its largest weakness.

Despite numerous attempts to create conflict or establish the illusion of a plot, from an “Unholy Masquerade Ball” to the introduction of a newly transformed vampire halfway through the film, Shadows never quite gets going. There isn’t really any sort of a narrative here, just a pittering around between various skits and gags. Though some of the moments are quite enjoyable, this is a very difficult style and format to achieve in a feature.

One cannot help but wonder if this would have been better as a series. Considering Clement’s roots in television and Waititi’s history with short film, perhaps this was originally the case. As a feature, Shadows leaves an unfortunately awkward and stilted aftertaste. This is 90 minutes of gags, nothing more. Though some might feel satisfied by that alone, it’s unfortunate that Clement and Waititi never felt compelled to reach for more. Or maybe they were completely unaware that they weren’t. Some may also be turned off by the film’s excessive violence. Certainly no effort was made to skirt away from some of the gorier aspects that are bound to result from sucking blood out of someone’s neck. Though this doesn’t necessarily have to be a bad thing, it’s certainly a bit off-putting to stage jokes right after seeing blood dramatically spurt out of a woman’s neck. Is the source of humor derived from her blood being drenched all over the room? Or is it because the blood gets all over the vampire who bit her? Who knows, but apparently it’s funny. These attempts to journey into frat house humor flop the worst.

Yes, What We Do in the Shadows is funny. In some cases, very funny. It’s also a very imaginative and original take on the horror genre. But generally speaking, it’s not a very good movie. There’s nothing here that is so special that you couldn’t get from just watching Conchords re-runs on DVD. As a result, some stretches of Shadows are actually quite boring. In a comedy, that’s just inexcusable.