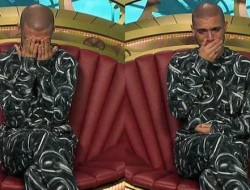 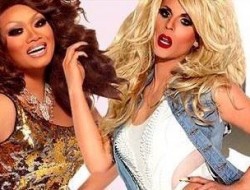 Guess what? It’s already week 3 at the 41st Annual Seattle International Film Festival! Tired yet? No? Well, we are. (just a little bit…)

We already explored Week 1 and Week 2, now here’s some highlights from Week 3. You’d think a film from the man behind Chicago and Dreamgirls would be much livelier. Bill Condon’s Mr. Holmes follows the eponymous detective Sherlock (a lovely Ian McKellen) as he reflects upon his career and life in his early 90s. Holmes is fun at times, but it’s also a largely fluffy and tasteless affair. This is a nice, pleasant, simple film. No substance, but no great misstep either. Your mother will love this one. This film has incredible worth as a document of history, if nothing else. Vanguard thoroughly recreates an account of the rise and fall of the Black Panther Party, largely through second-hand interviews from former members. This no doubt has incredible value, it’s just a shame the footage Nelson compiles feels so surprisingly tepid. In using a Ken Burns-esque approach, he has stripped the material of its emotion. Though well-made, Vanguard feels more textbook than revolution. Remember being teased in the locker room? Your awkward first crush on an older boy? Or that time your mom forced you to work in a retirement home? Okay, maybe that last one is a little less relatable. In this Canadian coming-of-age tale, a young girl named Sam works through the uncomfortableness of “coming-of-age” and all that. If only every moment of her early teenage life wasn’t over-accentuated to the point of being completely unrealistic. It’s rather unfortunate this film features more cliché and triteness than actual introspect, because on occasion the gestation of a good idea manages to peek through. Those little moments ultimately aren’t enough to save the film. This Colombian fiction-documentary hybrid follows the slow, tedious lives of an 80+ year-old couple as they make tea, have doctor’s visits and occasionally reminisce on their lives together. As dreadfully boring as this film sounds, Paralluelo’s camera gorgeously captures the environments surrounding them with an exceptionally beautiful use of light and shadow. The sometimes painfully slow pace often creates a disorienting and discomforting effect, to the point where Vigil almost feels like a slowly evolving horror film. After all, what’s more horrifying than aging to the point where the highlight of your day is calling the landlord to come fix the heater? This film is definitely not for everyone, but for patient viewers who have a love for fresh, experimental filmmaking, Vigil is well worth your time. *MUST SEE* The effectiveness of this film lies in its skilled editing and taut camerawork, painfully reconstructing an instance of violent racism through the testimonies of those involved. The tension in watching the trial of Jordan Davis’ murder is palpable, not just due to the skill of the filmmakers, but because of the possible repercussions outside the scope of the screen. 3 ½ Minutes, 10 Bullets is a gripping, impeccably crafted gut punch. An essential film.

This doc primarily focuses on the actions of two organizations – the Michoacán-based anti-cartel vigilante group Autodefensas and the Arizona Border Recon, a small group of Americans labeled by the SPLC as a hate group. Watching the progression of the Autodefensas as they slowly turn into the exact kind of ‘evil’ they wish to extinguish is undeniably fascinating and gut-churning, but the film fails in its footage of the ABR, which feels aimless in comparison. This documentary about Seattle DJ Marco Collins offers insight into his effect on the promotion of early 90s grunge music, as well as his lifelong struggle with addiction and his process of coming out as a gay man in the music scene. The film paints a nice portrait of a man who seems very smart, charming and sincere in both his personality and life’s work. You’ll be rooting for him by the film’s end. A simple and inoffensive film as a whole.

The Ultimate SIFF Survival Guide will continue next week for a preview of the final weekend in the festival.