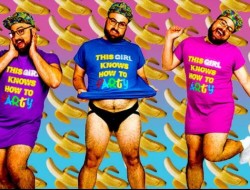 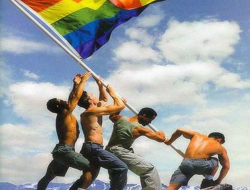 The Gender Justice League is all set to present the second largest Trans Pride event in the country tonight and kicks off in Seattle’s Capitol Hill neighborhood with a march through the neighborhood leading to the rally/festival in Cal Anderson Park.

Marchers will gather from 5pm to 6pm at Seattle Central College Plaza (corner of Broadway & Pine Street) with the march commencing at 6pm and ending by 6:45pm at Cal Anderson Park. Plus, Seattle Mayor Ed Murray and Dylan Orr, first openly-Trans individual appointed in a presidential administration and recently chosen as new Director of Seattle’s Office of Labor Standards, present a Trans Pride Day proclamation and announce a new gender-neutral restroom policy, which the Gender Justice League helped to shape and will profoundly impact the LGBTQ community.

SHADE // JUNE 26 \\ QUEER PRIDE will host the official after party at the Highline Bar a few blocks from the park.

The march/rally/festival is free and open to the public. The Shade after party is 21+ w/ID.