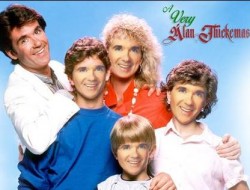 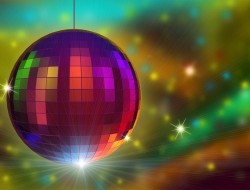 Sylvia O’Stayformore has some big gifts in her baskets…. Photo: Chris Schanz

This weekend is the last call for some of the moderate run annual holiday shows meaning ones that perform more than once or twice but not quite at the levels of the Big Three ( Dina/Homo/Ham ).

Sylvia O’Stayformore got crafty about her holiday themed edition of BACON STRIP…SYLVIA’S SPECIAL HOLIDAY GIFTS has a 6 night run spread over multiple weekends and it wraps up this weekend on Friday, Dec 16 and Saturday, Dec 17 down at her usual haunts at the Theatre Off Jackson in the International District (409 7th Ave S just off of…duh…JACKSON!!!)

Grab tickets HERE or at the door. More poo:

Our stage stud for this night is C-Mac from Portland! with Deo as our Meatman. DJ Tony Burns is spinning the hits!

This is also the final weekend for the retro dance / song stylings of BUTTCRACKER II at the Erickson Theatre, 1524 Harvard Ave, behind the Egyptian Cinema on Capitol Hill.

Lovers of rock, rejoice! Last year’s sold-out dance performance that delighted those on the naughty list returns in December, 2016. Behold: Buttcracker II…more crack!  Producers Diana Cardiff, Jana Hill, Sara Jinks, and Matt Mulkerin reignite the “artful mix of professional dance and raunchy satire,” (The Seattle Times) which not only kept the spirit of the rock concert alive and well, “but successfully captured the communal spirit of the holiday season” (SeattleDances) with completely sold-out shows. Set to music inspired by beloved hair-metal songs, Buttcracker II…more crack! will rock one’s pants off, capturing the Christmas spirit, and regurgitating it back at audiences with reckless abandon.

Buttcracker has shows on Friday/Saturday/Sunday all at 7:30 pm. Tickets online or at the door. Abbey Roads and Sparkle Leigh in “A Boob Job For Christmas” at Unicorn/Narwhal. Photo: Abbey Roads

FINALLY, up at the Unicorn/Narwhal, it’s also the last weekend of shows for the cast of MIMOSAS CABARET and their special holiday show, the revisal of the one they did two years ago, A BOOB JOB FOR CHRISTMAS starring Isabella Extynn, Ruby Bouché,  Sparkle Leigh
& Abbey Roads. For those of you NOT in the know, headliner Mama Tits is in Gay Old Mexico (Puerto Vallarta to be exact) doing her live singing cabaret act and Isabella has stepped in as the faaaaabulous new host for Mimosas while she’s gone.

“A Boob Job for Christmas” marks our first fully original mini musical written by our newest hostess, the Glamazon Goddess Isabella Extynn. “A Boob Job For Christmas” is a hilarious and campy retelling of the classic Dr. Seuss’s”How The Grinch Stole Christmas”. “Boob Job” features several of your favorite Holiday songs as well as a couple brand new original parody songs. Our story follows Green Bitch and Red Bitch in their struggle to embrace the holiday season as they hatch a plan to destroy Christmas but end up learning a valuable lesson in the end.

This campy twist on a classic story features phenomenal choreography by our own Tipsy Rose Lee as well as Live Singing…you read that right, we sing live at Mimosas Cabaret. Coupled with a Seussian style glitter encrusted set designed and created by the wickedly talented Sparkle Leigh, this all new show is poised to become a perfect new holiday tradition with friends and family.

These “Boobs” are only going to be presented this weekend, Saturday and Sunday at 1 pm then they vanish! Grab tickets HERE or take your chances at the door at Unicorn/Narwhal, 1118 East Pike Street, Capitol Hill!

It’s also your last chance to check out Mimosas Cabaret for an entire month, since they’re going “dark” (not doing shows) while the cast has a holiday break, then jets down to Puerto Vallarta for couple weeks to do shows there!! They won’t be back to do new shows at Unicorn/Narwhal until January 21, 2017!

That’s IF they come back…

Would you come back to the new Trumpian World if you didn’t have to?