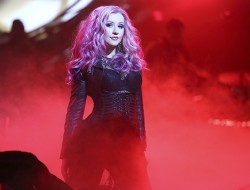 Floptina Aguilera flops again with another flop single on... 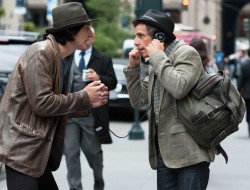 April 14, 2015 Comments Off on Torchlight Alley Moves To The Next Stage…With A Big Show In Columbia City on May 31st Views: 2477 Arts & Entertainment, Burlesque, Capitol Hill News, Drag, News, Stage Remember back a few weeks ago to my mysterious and vague post about the efforts to create a new cabaret venue for Seattle and Capitol Hill specifically? Well, there are some new developments in the creation of the new venue named “Torchlight Alley” and they’re currently planning on finding the funding to move things to the next level.

To that end, the Torchlight Alley team is putting together an awareness and fundraiser to get the word out about their plans and to make some dough doing so. PLUS, they’ll be making some exciting announcements about the project at the event, which features a terrific line-up of entertainment headed by one of Torchlight’s creators, Tipsy Rose Lee.

More skinny about the event from the press release:

Come see what all the buzz is about! Torchlight Alley, a new production company, is proud to present the first of its productions with an all-star cast of singers, dancers, drag powerhouses, burlesque beauties and even a juggler. With a nod back to the long-lost days of Vaudeville, this fun-filled romp will showcase some of the best talent Seattle has to offer and provide a glimpse into what is to come from Torchlight Alley. This show is a fundraiser for the company, and the Torchlight’s plans for the future (including a new performance venue) will be unveiled. This is undoubtedly the beginning of something magical!

Torchlight Follies will be lighting up the stage of the Columbia City Theater on Sunday, May 31st, 2015. Tickets can be purchased on strangertickets.com in advance for $20. At-the-door tickets will be $25. VIP tables are available for $150 and include seating for up to four people. House will open at 7:15PM and the show will begin promptly at 8:00PM. This production will feature many genres of cabaret entertainment that Torchlight Alley intends to promote and develop. The incredible lineup includes:

and the Torchlight Dancers

This is the first of many productions to come in the future from Torchlight Alley. Plans for the future that include a new performance venue to house its productions will be unveiled on May 31st at the Torchlight Follies.

Torchlight Alley is a start-up entertainment production company and eventual specialty theater/cabaret space and cocktail lounge to be launched in the coming year. It will provide live entertainment of various genres in an intimate cabaret setting with a full bar featuring re-imagined classic cocktails and inspired small plates. To learn more visit www.torchlightalley.com, or on Facebook at www.facebook.com/torchlightalley

We’re very excited about this project and you’re encouraged to support it. New queer owned entertainment based businesses are STRONGLY encouraged on Capitol Hill and in Seattle.