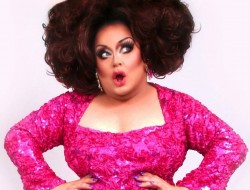 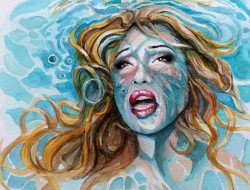 Friends and family of famed Seattle drag mother/door person Isidor “Aunty Izzy” Martinez are mourning the loss of the beloved personality who died over the weekend. “Aunty” was best known to many as a “Re-bar Original”, one of the door people back when the beloved queer performance space/dive bar opened in the early 90s. Martinez recently attended the 25th Anniversary Party for Re-bar and reunited with many friends after years of living quietly while dealing with health issues.

“Aunty” was frankly a presence in our community long before many of our readers were old enough to watch “Saved by the Bell” as well as for many of us who arrived on the scene long after the hey day of Seattle’s Grungy Art heyday. I don’t feel equipped to honor Isidor “Aunty” Martinez so I asked Seattle DJ Riz Rollins to pay respects and reminisce:

I think it’s safe to say that Isidor Martinez, affectionately called “Izzy” came to the fore when she (and yes, we/I call her she.. she’s my sister) worked the door for Thursday night “Queer Disco” at Re-bar. To my recollection, Re-bar was the only bar that had drag queens double as door people and, taking a cue from other bars around the country, had a velvet rope policy whereas you needed to show more than i.d. to enter. Isidor ran that door with a velvet gloved fist….if she didn’t think you belonged or fit in, she wouldn’t let you in….and she didn’t let LOTS of people in. It was a wonder to watch, because a lot of entitled people got turned away. But, Izzy was not above taking bribes, presents, money and beaver peeks…Many, many gentlemen had to show bone to get in ( and they still had to pay). If you weren’t brave enough to show the dick, you got turned away. Izzy didn’t have half a fuck to give about straight mens gettin’ mad.

If she ever felt threatened, I never saw her show it. At the same time, other non-conventional drag queens needed a place to work out their fabulousness…people like,  Pill Munroe, Ginger Vitus, Nebulina Novatron started doing performances there…Isidor created “The House of Udder” and did benefits for whatever causes she saw fit. An “Old Timers” Re-bar reunion with Izzy and Riz frontish and centerish.

She did a long stint at (long since closed Capitol Hill shops/venues) Righteous Rags, worked at the Puss Puss Cafe, and held daily court at Video Vertigo. After health issues started to take their toll, she was a regular – again daily- fixture at the downtown Nordstrom’s sidewalk cafe. Her health issues got more complex and she spent a few years in near seclusion, but recently reemerged and was on the way to resuming her social duties , but on a smaller scale.. seeing her recently she seemed as happy as I’d seen her in years, and while the loss is a total shock, her passing has served to remind me about the extraordinary and deep love of this deeply fierce community.

Riz and dozens other of Izzy’s friends created a Memorial Page for her on Facebook. And, a wake has been scheduled for this Friday, April 3, 2015 at 10:30 pm at Re-bar after the Dina Martina Show. Here’s Riz again on the Wake:

WAKE ! FRIDAY NIGHT ! REBAR ! 10:30 pm
Although it’s gonna take more than a minute to organize a proper memorial (and there’s definitely gonna be one) we don’t need much planning to have a love and memories fest at the place where most of us started with her…and it happens that Rebar’s Place will be empty and available Friday night, so AFTER the Dina Martina show,  (NOT BEFORE 10:30) whosoever feels so moved should come to Re-bar and we’ll sit and cackle and tell stories (and lies.. don’t forget to lie).