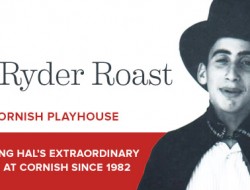 Beloved Theater Teacher Hal Ryder Gets A Roast To... 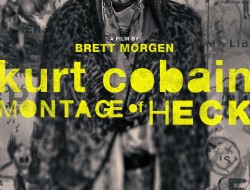 Welcome back to #TheSeattleTParty where I, Brad Gilligan, interview virtually anyone I want. One week it could be a drag queen, the next week it could be a go-go boy, and maybe even a ‘Drag Race’ star. Who really knows? All you need to know is that I love getting the juice spilled out of people, in more ways than one.

Today’s guest is superstar, super fabulous drag queen Mark Finley of Seattle, WA, otherwise known simply as “Mom”. Whenever I have had the pleasure of seeing Miss Finley out and about, she is always in in full drag. I’ve never met her manly alter-ego, which just goes to show how dedicated she is to her craft. Or, that she just really loves to entertain! Either way, it’s never a dull moment.

Seattle Gay Scene: Well, I guess the obvious first question is the impending Roast of Mark Finley. How did that all come about?

Mark Finley: Well, some friends of mine wanted to start throwing some fun events here in Seattle, so they came to me asking for help – they being the variety of young lads who think these things just miraculously happen. I asked what they wanted to do; they said a roast. I said of who – and they said, we were hoping you. I figured people talk shit about me all the time, let’s let them do it in public and raise a little money for a great cause. Ta-Dah!!! Capitol Hill Roast Series was born.

SGS: Are you a little bit anxious and excited to see what the Roasters say about you? Mark Finley showing off her stems in this vintage photo.

SGS: Mark “MoM” Finley has been a staple in the Seattle drag scene since dinosaurs roamed this Earth.

MF: Hehehe – “MoM”… That’s Michael, I mean DonnaTella’s way of spelling it. Anyway, yes – I’ve been around forever! Actually, it’s been 25 years and to tell you the truth I never planned on being a drag queen. It just sort of happened. I was an actor doing theatre. True, most all of my roles had me in a dress, except for that one time when I wrapped myself in industrial strength cellophane.

SGS: What are the noticeable differences from when you were first started drag to now?

MF: The difference is that now because of RuPaul’s Drag Race, everyone who puts on a dress is suddenly a Drag Queen with dreams of mega-stardom. There used to be four very distinct factions of queens in this town – none of which really liked the others. You had your Hill Queens – the ones who performed at Neighbours and Brass Connection – sort of the “Mean Girls;” then there were the Downtown Queens – who mainly performed at Re-bar and Tugs. They were character queens who’d do anything (and I mean anything!); Pageant/Court Queens – who were the girls fighting for the crowns and sashes. They were really the Le Faux girls of that time with their shows down at the Golden Crown. Then you had the Waaaaaay Downtown girls – who performed in the Pioneer Square bars, or Hana’s Teriyaki, and then when those bars closed they moved to The Tacky Tavern and a place called OZ (that was ENTIRELY EMERALD GREEN!) which changed to Foxes, which is where they all melted together. There were some great queens and some AMAZING shows! All the time. I, as per usual, was the first queen in town that was a member of all the groups and sort of helped them all realize they could do better together, rather than separately.

SGS: Where’s the weirdest place you have ever had to perform?

MF: You mean here in Seattle – or anywhere? Because I’ve played some pretty strange places – let me tell you. I did a show once in a college dorm girls bathroom; I did a New Year’s Eve Party here in Seattle at this speakeasy over in Lower Queen Anne – that was in a cement brick storage facility that they’d turned into a club on the weekends with a very, very strict guest list and door policy. Anyway – it was New Year’s Eve – and the power gets shut off to the whole building! I still did my show in the light supplied by some flashlights and people’s lighters!! On top of some scaffolding… Oh that was a great one. SGS: What about the best one?

MF: There are a couple best places – being part of the performance for the first Pride Dance on the Pier in New York City or my birthday show at Neighbours when I had Carol Channing and the entire cast of “Hello Dolly” do my show.

SGS: Let’s say you were able to perform for President Barack Obama at one of those fancy-schmancy White House dinners. What would your outfit be and what song would you choose?

MF: I’d probably couture my own outfit, as I usually do. Though, I may have to recreate one of my many iconic outfits from the past: my pyramid dress (with a sun on a stick); my Evening Wear – which was a mattress strapped to my back, or one of my many Easter Peeps Dresses. But probably I’d just knock-off whatever was hot on someone’s runway.

What number? Lord knows, they’d probably want me to sing “I’m Still Here” which I’ll be doing at the Roast with new lyrics written by the amazing Tom Orr of “Dirty Little Showtunes” fame. In fact, it is the 3rd time in 20 years he’s re-written the song for me! It’s hysterical. Or, maybe they’d want one of my crazy old Hollywood celebrity numbers like the quartet of Carol Channing, Tallulah Bankhead, Bette Davis and Ethel Merman singing “Sing You Sinners”.

More than likely, I’d do the number everyone always remembers and asks me to do. Hell, even Dan Savage recreated part of my number in his production of “The Miracle Worker” called “Miracle” that was set in a Drag bar. Everyone calls it “The Chair Number,” but it’s actually Ruth Brown’s rendition of “If I Can’t Sell It, I’m Gonna Sit On It, ‘Cause I Ain’t Gonna Give It Away”. I fuck the chair. No, really, I fuck the chair. I turn it over and… well, what can I say – it’s a ‘Mark Finley Number’. SGS: If you were able to moderate a talk-show like “The View” hosted entirely by drag queens (either from Seattle or around the world), who would you pick to join you on the hosting panel?

MF: I would have to have the quintessential gay talk show hostess herself Miss Sybil Bruncheon from New York City. She’d be like the Barbara Walters of the crew, because she’s had her own talk show from way back in the 80s. Sister Roma from San Francisco, she’d be our Whoopi Goldberg of the group – funny, hip, and politically active. Joan-E from Vancouver, BC. She’s our Meredith Viera – articulate, always on the right side of the argument, and always willing to listen. I’d be the loudmouth Joy Behar of the panel. And to finish it off, probably Eddie Izzard from England, just because.

SGS: What would your Hot Topics be?

MF: Hot Topics would be: “Chicks With Dicks or Boys With Tits?”, “Tucking – a mystery revealed (no Duct Tape required), “Are cock rings a proper anniversary present?, and maybe “Will a Drag Queen ever be President?”

SGS: If you could be any sort of cookie, what would you be? And who would eat you?

MF: Probably any sort of Chocolate Covered Mint cookie – like Mystic Mints or Campfire Girls Thin Mints!! Hopefully everyone binge eating me by the box load with no one else around!! Where’s the milk – I wanna dunk it first!!! SGS: I always like to play a little word association. Here are the names of some of your Roasters, please say the first few words that come to mind when you see their name:

SGS: On a more serious note, do you have any advice to offer to new or somewhat-seasoned queens in Seattle if they want to have an illustrious, storied career such as yours?

MF: Don’t take yourself so seriously! Remember, it’s not about you , it’s about the audience!! ALWAYS BE NICE!!! There is a difference from wickedly funny banter and just being a bitch. Be gracious and humble. Popularity, fame, and acclaim are truly intangible and can disappear in an instant. Think before you speak… these days one misstep and it is there forever. Your job is to entertain, educate, and involve the people who come to see you – they don’t have to be there. They’ve chosen to be there, so appreciate them. Be nice to everyone – because you never know who can help you or hurt you. Don’t have an ‘entitled’ attitude – no one owes you anything just because you can paint a face and look gorgeous. Because honey,  to me (and to most everyone else) you may think you’re great, but your actions and attitude make you ugly.

SGS: Well, that about does it for today. What will Miss Finley be up to after she is roasted?

MF: Probably drinking quite heavily with my old friends that are coming into town for this shindig. I definitely want to get back to doing theater. Being onstage performing is truly the only time when I’m completely happy. Someone suggested I do a TED talk. They’re still working on my documentary “Sex, Lies, And Duct Tape: The Mark Finley Story”. I don’t know if I’d be up for doing a weekly bar show anymore. I’ve been doing those, quite by accident, for the past 25 years. Don’t get me wrong, if a bar owner were to offer me one tomorrow, I’d do it. My life has been so full and crazy because I never say, ‘no’ to anything. Unless it’ll kill me or has anything to do with fecal matter. So, who knows! I’m only 29, I still have a lot of life left to live and a ton of adventures yet to explore! I will tell you one thing – I’ll be glad when the roast is over. Why? Because then hopefully everyone will have had their chance to talk shit about me and get it out of their system so we can just get on with it! Where’s my cocktail?! Nurse!