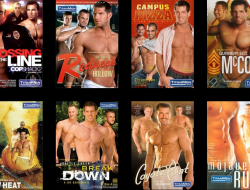 of Montreal Release Video for “Plateau Phase/No Careerism No... Sooooooo, local film maker Stephen Anunson poked me a couple weeks back about helping promote a little video project he was working on and since I lurve promoting video/film projects, I agreed and the result is today’s world premiere of FIRST KISS AT THE SKATING RINK,  a sweet little valentine about a budding romance between two adorable characters of the non-binary persuasion tentatively exploring love (on roller skates) and featuring a lovely song by an electro pop band from North Carolina and all set on a very fantastical version of Seattle.

My reactions and thoughts to the video: Betty Wetter in FIRST KISS AT THE SKATING RINK

Stephen sent over the video this morning with this info attached: The kissy climax of FIRST KISS AT THE SKATING RINK

So, I had some questions:
And, Stephan responded:

de Fontaine is a band /a duo from North Carolina where Betty Wetter grew up. They are close friends. The band is releasing a mix tape and a video for each song. The band is an offshoot of another group called Henbrain.
I’ve been a fan of Betty Wetter for a while and became friends with Betty while he was a barista at Fuel. He had seen some of my work and approached me about doing a video / collaboration.
A lot came together organically. Erin (the love interest) in the film is one of Betty’s best friends and they’ve played the “love of betty” in his other work as well. In Betty’s one woman show “It Gets Wetter”  they fall in love on stage. The idea to include them was an extension of that relationship.
The story was developed by Betty and I meeting and talking about ideas of love/ obsession / and fan interaction. It started with the concept of skating around Seattle and then we just added more layers of fantasy and obsession from there.

Check out the lusciousness of First Kiss at the Skating Rink by de Fontaine, Stephan Anunson and Betty Wetter