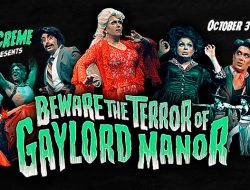 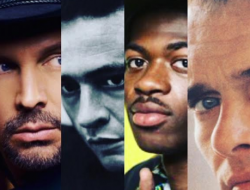 Normally at this point I would state “I keed, I keed!” but since I really do hate the hideous Downton Abbey television show/movie franchise with every ounce of my soul, I will not do that.

Yes, I have always made clear, as a critic, that ALL of our individual choices of things we j’adore (or j’detest) are very much subjective…there is no right or wrong answer when it comes to liking/not liking all the things in life we encounter regardless if it’s art, food, drag queens, brands of toilet paper, sexual positions or really fucking awful British television programs. To each their own! No judgments! No worries!

Except when it comes to things I really, really hate like disgustingly asinine Downton Abbey or licorice or “Real Housewives of Anything” or Ayn Rand or golf or Donald Trump or ANY THING with the name “Trump” in it, or any other thing I detest with every fiber of my being.

I will, sadly, judge you for liking those terrible things.

That said, I do understand that there ARE misguided souls in the world who do enjoy golf (why? I mean, really…why?) and the flavor of licorice (tastes like death) and horrid, horrid fake TV shows that are historically and culturally inaccurate with dreadful acting, writing, directing and production values. I’m not so silently judging you for liking these truly awful things but I understand…kinda and sorta but mostly not really.

I can love the sinner and still hate your foolish, foolish, truly awful choices.

It’s the devout anti-Christian in me.

So…all that said, I know some of you silly sinners are jumping up and down with misplaced glee that a big screen cinematic version of that awful show is about to descend upon the world next week and for reasons I’m not willing to fathom, there are some local options to attend advance screenings to view this aborted shit show before it officially drops its saggy foul smelling load next Thursday.

TONIGHT (September 12th) in about 3 hours (of this posting) you can pop into SIFF Cinema at The Uptown for an early screening at 6:30 pm. (HERE for tix.)

If that’s too short of a notice, you can try for next Tuesday, September 17th for a 6pm screening at the same cinema. (Go here for tix.)

Regardless of your poor life choices (I bet you bought a PT Cruiser when they came out, didn’t you?) I hope you truly enjoy the abomination.

But, please keep it to yourself. I don’t need to hear about the new exploits of that annoying bitchfaced Lady Mary or that old bore Mr. Carson or even any fresh quips from Lady Violet’s pinched pruny mouth. Unless the Black Death visits the Abbey and the movie ends with the entire cast of characters writhing in bloody entrails with Downton Abbey creator Julian Fellowes impaled on something truly sharp and pointy, I really don’t want to know.

For fun: the only version of this mess I adore! Hilariously on point!

“My Sex and the City millions!!”

One Response to TWO Early Options To See The Loathsome “Downstairs Abbey” Movie!!